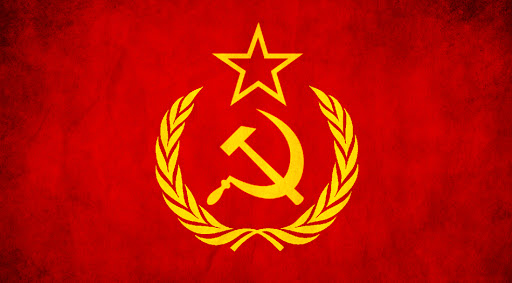 A story of folly and the human spirit

Anne Applebaum, historian and journalist, has written an arresting account of what actually happened in Eastern Europe after the “Iron Curtain”, to quote Churchill’s dramatic phrase, came down as the last war drew to its close. Many writers, most notably Arthur Koestler in “The God that Failed” have written of their disillusionment with Communism; Applebaum’s book details precisely how it worked in practice and why it was bound to fail.

She starts with the story of an organisation, the Polish Women’s League, which was, in 1945 a voluntary organisation to help women and children displaced by the War. By 1950, this excellent initiative had become a bureaucracy at the service of the state and the Communist Party. State interventions like this happened to all the affected countries of Eastern Europe – Poland, Hungary, Czechoslovakia, East Germany, Romania, Bulgaria, Albania and Yugoslavia. Choosing to focus on Poland, Hungary and East Germany, the author describes in sober detail what took place in such countries, with their very different languages, cultures and traditions, when Stalin was given “the unprecedented opportunity to impose his particular vision of communist society on his neighbours.”

I would quarrel with the choice of the word “vision”; can a dystopia be a vision? Mussolini’s definition of totalitarianism – “Everything within the State, nothing outside the State, nothing against the State” – which was gradually put into enforced practice throughout Eastern Europe, sounds more like a nightmare for those who suffered under it. Key elements to the process of “sovietisation” included the creation of a secret police force; the confiscation and redistribution of land; the banning of civic voluntary organisations; and the control of radio and other communications. Some vision.

Alongside these draconian measures, education was taken over by the state and the churches persecuted. There were patterns to political control: the elimination of “Right wing” parties; then the destruction of the non-Communist Left; finally the elimination of opposition with the Communist Party itself. What was left were a group of dreary Stalinists, controlling their countries with their hollow ideology which, by the time it all started to collapse, even they no longer believed.

Applebaum’s book is divided into two parts, “False Dawn”, followed by “High Stalinism”. In the early, immediate post-war period, there were huge movements of refugees all over Eastern Europe as people were forced to take the consequences of new or shifting borders. For example, in her chapter entitled “Ethnic cleansing”, she notes that by the end of 1947, some 7.6 million Germans had left Poland (where they had been settled) through either transfer or escape; 2.5 million left Czechoslovakia; 200,000 were expelled from Hungary. In all, some 12 million Germans were uprooted and re-rooted in the post-war period – not to speak of a similar shift of other nationalities.

This, as Applebaum explains, led to destitution, looting, financial collapse and psychological damage to millions of subject peoples under their new masters. Violence was endemic. The result of national failure and defeat was a “radical loneliness” and moral collapse. This made it all the easier for the Communist invasion and control of once proud, individual nations, each with their civic institutions, limited companies and some experience of political liberalism. The story of Hans Modrow is typical: a young German member of the Hitler Youth, he was captured by the Red Army, sent to Moscow where he was trained in anti-fascism; there “he quickly came to embrace an ideology which he had been taught to hate throughout his childhood.”

Another aspect of this period was the sheer brutality of the Russian army itself. Brutalised by war, by the extraordinary sacrifices it had made to defeat the Germans and by “a deep desire for revenge”, it engaged routinely in mass rape in the countries it “liberated.” The resulting “fear, shame, anger, silence, helped to lay the psychological groundwork of the imposition of a new regime.”

The author provides pen-portraits of all the principal Communists involved: Ulbricht in East Germany, Nagy in Hungary and Bierut followed by Gomulka in Poland. Such figures were not simply calculating opportunists; “Disappointment with the failures of capitalism and democracy pushed many Europeans to the far left in the 1930s”, she suggests. Koestler, the Hungarian intellectual and writer, was drawn to Communism in the 1930s because “members of the Party led a life apart from society, steeped in mystery, danger and constant sacrifice.” When in power, however, all this allure faded quickly in the face of the brutal and realistic drive to seize total control. Applebaum relates that “From the very beginning, the Soviet Union and the East European communist parties pursued their goals using violence.” Summary arrests, beatings, executions and concentration camps (often the old German ones, now put to new use) were endemic. There were special camps for “dissidents”; of some 150,000 people in secret police camps in eastern Germany between 1945 and 1953, over half died simply from starvation and illness.

Naturally enough, all the Eastern European leaders – apart from Tito in Yugoslavia – were deeply unpopular. Tito had some legitimate pretentions to power, having led the anti-Nazi resistance in his country, and gradually allowed it to dispense with hard-line, Soviet-style regulations. Unlike Hungary in 1956 or Czechoslovakia in 1968, he was astute enough never to cross the line that might have resulted in a Soviet invasion.

Applebaum also contrasts the different responses of the Catholic Church in Hungary and Poland: Cardinal Mindszenty of Hungary would not engage with the Communist authorities and paid the consequences; Cardinal Wyszynski of Poland, for the sake of the survival of his Church, was prepared to allow for some cautious compromises with the authorities. This kept the Church alive but brought its own problems, particularly in the priesthood. In the epilogue of this fine book, a mixture of archival research and interviews with many survivors, Applebaum remarks that “none of the regimes ever seemed to realize that they were unstable by definition.” It is a salutary story of folly and the human spirit.