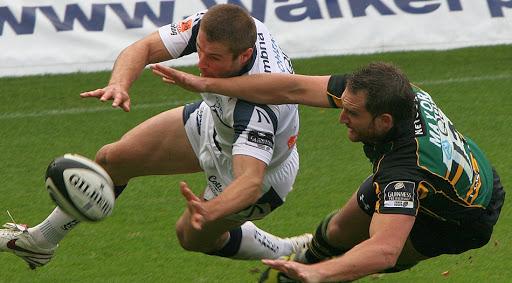 Not all boys fit into the sports culture, and that’s okay

The Last Boys Picked is the title of a recent book by psychologist Janet Sasson Edgette. It represents many young men who don't quite fit in with the sports culture in the United States. They stick out in gym class as the ones who get passed over when team captains make their picks.

Can a young man grow up to be president if he is one of these boys? Probably not. Dwight Eisenhower loved baseball so much that he played semi-pro ball during his West Point days. John F. Kennedy played flag football, and he loved sailing. One president owned a baseball team, and his father (another president) played third base for Yale, while still another (Ford) was a collegiate football player. (Even Pope John Paul II went to great lengths to demonstrate his love for sports, especially soccer.)

There are two ways of looking at this phenomenon. The survival of the fittest approach emphasizes the need to select and encourage strong, athletic men. In past days, physical courage was needed for the battlefield. Today, it enhances a man's ability to lead corporations and other organizations. Most, if not all alpha males are good at sports.

But there are other ways of understanding what is going on. A second tack is to recognize that while there will always be some kind of social and athletic ordering among young people, adults can have input to blunt this sometimes feral, Lord of the Rings outcome in which youngsters are left to organize themselves.

Parents, schools, and communities (and even churches) can establish other activities where participation and achievement can be prized. Scouting has always been one of these pathways. Music is another. Upgrading the prestige given to reading is yet another. The possibilities are endless.

Some boys are too uncoordinated to star in sports. Instead of pushing them, sometimes by comparing them to others or through outright humiliation, parents, teachers, and coaches can be on the lookout, ready to give them attention. Should they receive the same level of attention that the stars on the team receive? This doesn't reflect reality, so a middle ground here between stardom and bench warming is a good aim. But don't make them be the water boy.

For many of these boys, college and adulthood offer an honorable path. Intelligence, creativity, empathy, and unique individual pursuits may have more status than sports skills. But while this is true many times, it is not always the case, so adults should be careful about promises that life will be much better in the future, and instead focus on particular strengths being shown.

The only way to guarantee popularity in school, and even later in life, is to be either good in sports or good-looking. Young men who are doubly blessed will find the world to be their oyster, pearls awaiting. Athletes are looked up to by everyone, and good-looking young men will not find themselves alone on date nights.

Instances of bullying would greatly diminish if teasing due to lack of sports ability could be lessened. What responsibility do teachers, coaches, and parents have to monitor these situations and send out a message that ability doesn't give one a license to pick on others?

Even St. Paul uses a sports metaphor: he has run the race to the finish line. He might inspire in another way: as the last Apostle to be chosen (some might say it was Mathias, but Paul’s late entry into the scene is clear), he shows that one’s prior life does not always predict the future. Don’t we also affirm this every Sunday? Somewhere else, we are promised on high authority that the last shall be first.