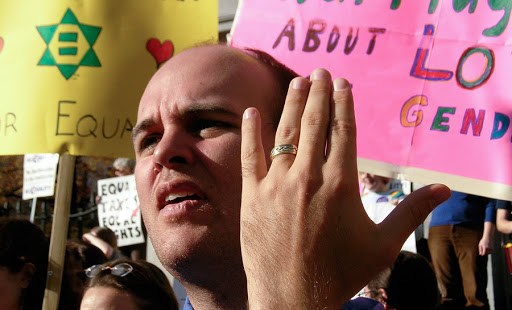 He admits that if same-sex marriage is allowed, there doesn’t appear to be any reason to reject polygamy or other relationships

It’s been a few weeks since the victories in the marriage cases at the Supreme Court, and maybe it’s time for the political left to own up to something.

You know those opponents of marriage equality who said government approval of same-sex marriage might erode bans on polygamous and incestuous marriages? They’re right. As a matter of constitutional rationale, there is indeed a slippery slope between recognizing same-sex marriages and allowing marriages among more than two people and between consenting adults who are related. If we don’t want to go there, we need to come up with distinctions that we have not yet articulated well.

Greenfield then attempts to raise a number of differences between same-sex marriage and polyamory and/or incest, but finds each of the arguments wanting. He concludes:

If these distinctions do not hold water, we have two options. We can continue to search for differences that make sense as a matter of constitutional principle. Or we can fess up. We can admit our arguments in favor of marriage equality inexorably lead us to a broader battle in favor of allowing people to define their marriages, and their families, by their own lights.