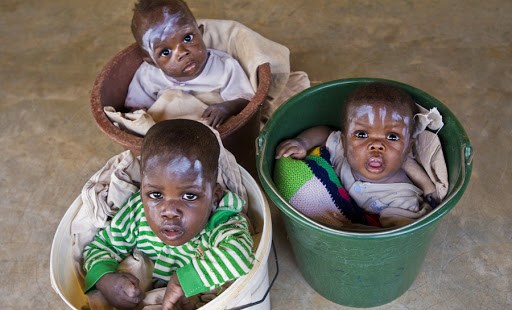 From Asia to North America, fertility rates have plummeted. Far from having an overpopulation problem, the world has precisely the opposite problem – with far-reaching negative effects for society.

The Yale Global Online website recently published a piece by Michael S. Teitelbaum and Jay C., the authors of a new book: The Global Spread of Fertility Decline: Population, Fear, and Uncertainty.  Their article is an excellent overview of the large demographic trends that we have mentioned a few (just a few…) times before, namely:
“…many people would be surprised – even shocked –  to know that over the past three decades, fertility rates have plummeted in many parts of the world, including China, Japan and even significant regions of India. These Asian giants have not been alone. In much of Europe, North America, East Asia and elsewhere, the average number of children born to women during the course of their childbearing years has fallen to unprecedentedly low levels.”

It seems that more and more people, including the article’s authors, are reporting on the fact that the popular notion of future, unrestrained population growth is incorrect:

“High fertility persists in sub-Saharan Africa and in parts of the Middle East, but elsewhere low fertility is more the rule than the exception. These underlying trends in childbearing mean that in the near future the rate of population growth both in Europe and Asia are likely to decline. The world is not on a path of unrestrained demographic growth, as some believe. People all over the world have hit the brakes. Thirty years ago only a small fraction of the world’s population lived in the few countries with fertility rates substantially below the “replacement level” – the rate at which the fertility of a hypothetical cohort of women would exactly replace itself in the next generation – normally set at 2.1 children per woman for populations with low mortality conditions. Fast forward to 2013, with roughly 60 percent of the world’s population living in countries with such below-replacement fertility rates.”

The speed at which fertility rates have declined is probably why popular culture and knowledge have not caught up the latest trends in fertility decline.  But what cannot be ignored is the increased immigration that so many countries are now relying on to bolster their populations.  As Teitelbaum and Winter note, increased immigration brings its own problems.  Immigrant communities must fit into their new countries and those new countries must somehow accommodate them.  In Europe especially, there is the danger of increased tensions between immigrants and their new homelands – particularly between hardline Islamist preachers and their followers on one hand and right wing extremists on the other.  But beyond these extremes there are others who are uncomfortable at the rate of immigration and the change in their communities, while the political elites welcome immigration as a source of taxpayers and workers.  But demographic decline touches on many topics beyond immigration, as the authors state:

“The global spread of low fertility matters. It touches on vital and explosive issues – the evolution of family ties, the future of pension provisions and care for the elderly, the evolution of immigration policies, the ethnic and language distributions within societies, the potential for violence within and among different religious and ethnic communities, the legal and moral debate over women’s rights in general and access to abortion and contraception in particular. Population trends on the global, national and local levels shape each of these contested topics and how they are perceived.”

As you can see, demography is not all about numbers!