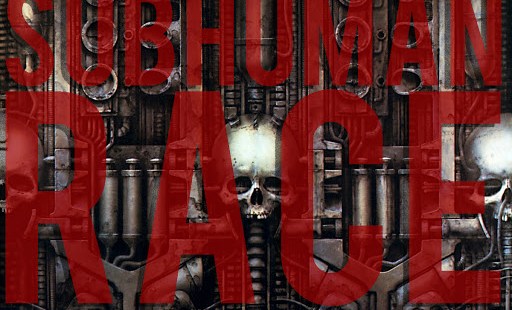 The first of a multi-part series on the sorry state of the secular world, how we got here (including who’s to blame), and how we can win it back to Christ.

Here’s an ugly truth you can drop in the punchbowl at your next office party – most Western men and women, including many who consider themselves conventionally religious, treat human beings as subhuman. They accept without reflection theories of human life that reduce us to brainy animals, or let us play at being gods. These theories render suffering meaningless and train us to live as cowards; they teach us to despise the weak but train us in habits of laziness and avoidance; they speak the language of progress while in fact encouraging the lowest of human instincts; they claim to have surpassed Judeo-Christian ethics, but really they have slumped below the standard of most pagan or animist cultures. This complex of truncated, crass, and despairing accounts of man’s dignity deserves a name: since the picture of man presented by these modern ideologies is distinctly un-heroic and self-consciously shorn of any claim to ultimate importance, the only proper term for it is “subhumanism.”

Subhumanism is a pale, degraded copy of the brave image of man asserted during the Renaissance; it lacks the confident rationality that inspired the Enlightenment; it has shrugged off the dreams of self-transcendence and communion with nature that beguiled the romantics. When we speak of humanity now, too often we think in terms of ecological damage, excessive numbers, and intractable hatreds. Ecologists have even taught us to see ourselves as a kind of plague on the planet, with our generation’s task to limit the damage we do to the rest of the biosphere. And yet, somehow and from somewhere, we are said to possess a set of things called “human rights,” which can be so expansive as to include the right to transgender reassignment surgery funded by our neighbors, but which do not necessarily include the right of terminal patients to food and water.

How did we get to this point? Put simply and starkly, we tried to pursue a humanist project of understanding and uplifting human life, and in the process identified God as largely an obstacle, even an enemy. So we tried to root him out, to create consistent systems that preserved all the good things we’d come to take for granted in Western society, while excising any reference to transcendent underpinnings. We tried to build the steeple on the temple of humanity with steel we’d ripped from its foundations. In this way, the whole tower collapsed in the muck and the killing fields of the twentieth century. It is now clear to honest thinkers that you cannot successfully, over time, maintain human dignity without some transcendent reference point. (So many secularists now dismiss human dignity.) You cannot teach people to see each other as ends rather than means, unless they are deeply convinced of a goal more urgent and important than self-assertion. (This is why discussions of humane values in liberal arts departments have degenerated into tracing “discourses of power.”)

Nietzsche was right, up to a point: If God is dead, then with him dies any real reason not to indulge the will to power. And when we seek power, whether to transform human society or simply to make our own lives neater and more convenient, there will be obstacles. Those obstacles will be people – obstreperous, self-willed, stubborn human agents who won’t or can’t serve our utopian (or merely selfish) agenda. So they must be flattened, the kulaks or Jews or retarded infants or handicapped patients or Third Worlders who insist on overbreeding. Without red lines etched deep inside our hearts, we will trample each other to death.

This slide from the god-like glory of Renaissance man to the banality of evil was inexorable, but it was far from simple. There are many intellectual turnings along the road that carried us from Michaelangelo’s Florence to Stalin’s gulag. But it is clear the path that we took: trying to glorify man and free him, we stripped away the reasons to regard him as important and the rules that kept us from mistreating people who got in our way. We learned to dehumanize whole groups of people when it suited us, but in fact we were gradually dehumanizing ourselves.

In this column and the ones to follow, we will trace the steps along the road. The theologian Henri de Lubac wrote an incisive treatise, The Drama of Atheist Humanism, which with careful fairness looks at the founders of major anti-religious movements such as Feuerbach, Comte, Marx, and Nietzsche, trying to understand what human goods those thinkers thought religion imperiled, which they meant to rescue. Speaking broadly, that generation of “Promethean” thinkers, whom de Lubac calls “heroic humanists,” asserted that Western man had for many centuries engaged in one or more of the following errors:

The “heroic” humanists got support from outside their ranks, from men who claimed no such broad philosophical project, but merely claimed to report on the outcome of their empirical, scientific research – employing a method which for centuries had been gradually displacing religion and speculative thought as the source most people looked to for intellectual certainty. (Indeed, the very word “science” – which once referred to every mode of knowledge, including theology – had by the late 19th century been narrowed in common use to refer mainly to strictly empirical studies.) So when Darwin’s theory offered an alternative explanation for the rise of life – even human life – his assertions provided explosive ammunition to those who wanted to free mankind from the shadow of God. Freud’s explanation of the workings of the human psyche – an idiosyncratic, highly anecdotal account based on a fantastically limited sample of wealthy Viennese – passed as science on the same model as Darwin’s. Freud’s insights were canny and persuasive, and offered a powerful new explanation for the perversities and frustrations of human life, displacing for many what had been the dominant theory: a scheme of sin, grace, and repentance that St. Augustine had developed from the writings of St. Paul.

Over the course of the next five columns, we will examine each of the assertions, A) through E), see to what degree it is valid, and try to understand how each idea became dominant in what used to be the Christian West. Most often, we’ll see that it has often been the sins of Christians, and the abuse of theological truths by zealots or cynics, that “scandalized” believers and made the tenets of subhumanism attractive. Our sins polished the apple and helped it catch Eve’s eye. We have the power, if we speak and act with a consistent respect for the sanctity and dignity of each person in every life situation, to win the culture back to a true humanism, one which will lead people gently but almost irresistibly to Christ.

Jason Jones is a producer in Hollywood.  His films include Bella, Eyes to See, and Crescendo. Learn more about his human rights initiatives at www.iamwholelife.com.

John Zmirak is the author of The Bad Catholics Guide to the Catechism and blogs regularly at The Bad Catholics Bingo Hall. This column is from Jones’ and Zmirak’s upcoming book, The Race to Save Our Century (Crossroad, 2014).