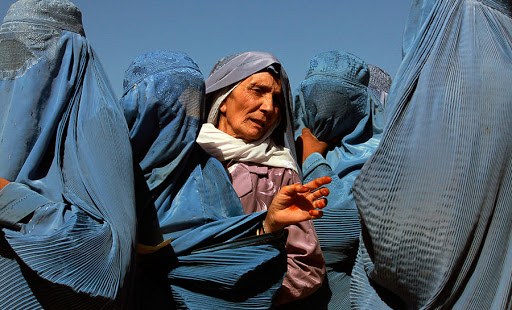 Just last week, another Christian man was sentenced to life in prison and fined $2000 for defaming Islam.

Police in Gojra, Punjab province in Pakistan, have charged a Christian couple with blasphemy. This comes a week after a Christian man was sentenced to life in prison in the same town after being found guilty of defaming the Prophet Mohammed.

Shafgat Masih, who is handicapped, and his wife Shagufta Kosar, a maid at a school, were detained on Saturday and charged with sending text messages containing blasphemous content, a police officer said on the condition of anonymity. Following a court hearing on Monday they were held in jail.

“The couple is under arrest and an investigation is being carried out by the police,” the officer added.

The arrest was made on the complaint of local Muslim cleric Maulana Muhammad Hussain Atari, who claimed he received a text message that contained derogatory remarks against the Prophet Mohammed, according to police.

Police raided the couple’s house, seized their mobile phone and moved them to an undisclosed location.

In last week’s case Sajjad Masih (no relation), a Christian also from Gojra, was sentenced to life in prison and fined US$2,000 after sending a text message to a Muslim man defaming Islam in December, 2011.

Relations between minority Christians and Muslims in Gojra became strained in 2009 when a mob set a Christian neighborhood on fire, leaving eight people dead including women and children. Trouble flared again last August when a teenage Christian girl was charged with blasphemy.

Since 1988, more than 1,000 cases have been filed in Pakistan alleging the desecration of the Qu’ran and making derogatory remarks against the Prophet Mohammed, according to the Human Rights Commission of Pakistan.