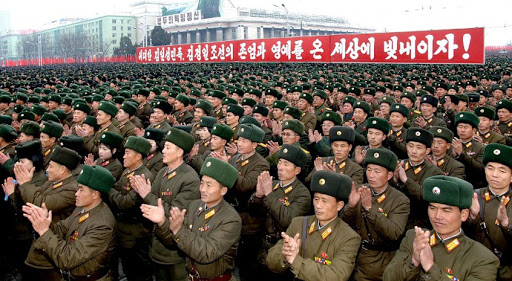 As many as 200,000 political prisoners are still being held prisoners 60 years after the end of the Korean war

Sixty years after the end of the Korean War, an estimated 200,000 political prisoners are still being held in North Korea, the rights group Christian Solidarity Worldwide (CSW) said at the weekend.

To mark the anniversary of the armistice on July 27, 1953, CSW renewed its call to the United Nations to “address the grave human rights crisis in North Korea.”

The only offence of many of those in the prison camps is that family members have been accused of political crimes, CSW said. Defectors estimate that 70 percent of prisoners are malnourished. Torture, rape and public executions are common.

There is also widespread malnutrition outside the camps, due to the government’s strict control of resources, along with recent bad harvests, storms and flooding.

CSW called on China to fulfill its obligations under the UN convention on refugees by stopping its practice of returning defectors who cross the border from North Korea.

It also urged the BBC World Service to establish broadcasts for North Korea, as recommended in a debate in Britain’s House of Lords, the upper house of parliament, in January. The BBC has said it is interested but needs the relevant resources.

“Appalling human rights violations [are] committed every day by the North Korean regime against its own people, including Christians, who are particularly targeted for their faith,” said Benedict Rogers, CSW’s East Asia team leader.

He urged the regime to cooperate with the UN inquiry and urged the UN to ensure the inquiry is adequately resourced.

Originally published at UCAnews on 29 July 2013.  Used by permission, all other rights reserved.