We’ve Seen It All: the Exotic and Quirky Masses We’ve Attended While Road Tripping 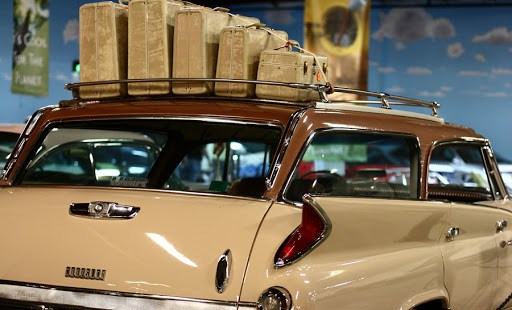 I don’t know about other families, but visiting new parishes is one of our favorite parts of any trip. It’s that feeling akin to gambling – what are we going to wind up with on the liturgical lottery after walking through those foreign parish doors?

Sirius’ Catholic Channel often runs a Public Service Announcement reminding people that their Holy Obligation still stands, even while on vacation.  I don’t know about other families, but visiting new parishes is one of our favorite parts of any trip.  It’s that feeling akin to gambling – what are we going to wind up with on the liturgical lottery after walking through those foreign parish doors?

We’ve seen it all on our travels.  There was that Mass in East Texas, held in a parish which was created by welding two double wide trailers together.  The weld wasn’t great, and the trailers would tilt precariously when people walked to the bathroom.  This would cause commotion at the front of the sanctuary, as the shifting trailer halves would make the lights in the plastic lawn statues of Our Lady and the Sacred Heart flicker on and off.  The priest there didn’t distribute the Eucharist, opting rather to let an army of EMHC do it, while he sat behind an ancient electric organ and banged out hymns hard enough to make the statues start strobing.

One trip to Georgia found us visiting the cathedral in Atlanta- an imposing structure whose stony walls offered welcome coolness from the heat outside.  The Father’s voice echoed impressively off the grey walls as he railed against pop culture offerings like The Lion King’s “Circle of Life”.

“Death is not a natural part of life,” he reminded us from a hand-carved ambo.  “It was never part of God’s original plan.  It exists only because of our sins.”

The parish we go to whenever visiting my parents in the Smoky Mountains is a humble little country parish tucked in at the foot of soaring peaks.  The cantor there, a woman with the bearing and voice of a gospel singer, belts out the responsorial psalm with a voice that’s big enough to match the landscape.  When she sings God’s word in that wooden church, you understand what it means to use your voice to pray twice.

Outside Buffalo, New York, the parish was located close enough to where we were staying that we could stroll casually to church.  Mass was held in a basement chapel with echo-inducing linoleum which successfully amplified the kids’ chatter and fidgeting.  Probably as a sign of solidarity with exasperated parents, the priest said Mass on fast forward, speaking so quickly that a normal hour-long liturgy was truncated into a speedy thirty minutes.  Upon hearing those magical words, “Mass is over, go in peace,” my four-year old turned to me, his sotto voce observation echoing throughout the basement, and said, “That’s it?  Mass is over?  This is the best church ever!”

Once, at a family reunion in Destin, Florida, we attended Mass at a “church in the round,” located directly across the street from the Gulf of Mexico.  The altar was in the center of the sanctuary, and the pews were arranged in a semicircle around it.  The tabernacle was nowhere to be seen, but thanks to the 360-degree windows, all the bathing-suited beachcombers were on full display.  The priest processed in with his dog, who sat politely under that altar during Mass, providing us with ample distraction from the bikinis and speedos walking by outside.

This article today is the first of two that I’ll be writing from the road.  We’re currently camping in Michigan, and the past Sunday, we attended the parish in my hometown.  The architecture is an interesting 1950s design, featuring a mosaic with heavy-handed grape-and-wheat imagery.  I always wonder what alien anthropologists would surmise about Christianity based on the mosaic.  An empty cross entwined with fruit vines and chaffs of grain: probably they’d reduce us to an agriculturally-minded fertility cult.

So, to avoid such gross misrepresentations of our religion, we’re doing our part to pass the Faith down to our children – even during vacation.