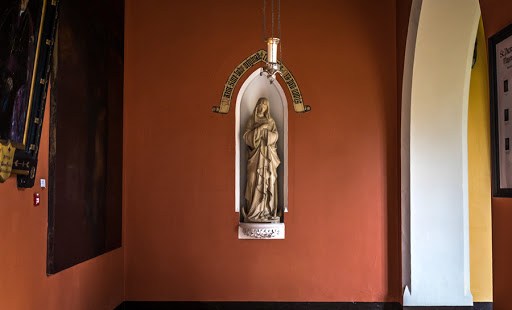 Church attendance by students is a clear indicator of the strength of a Catholic college’s religious identity, but subjective measures of personal devotion are not, concludes new report.

Church attendance by students is a clear indicator of the strength of a Catholic college's religious identity, but subjective measures of personal devotion are not, concludes a new report in the Interdisciplinary Journal of Research on Religion at Baylor University. The author, sociologist Rev. D. Paul Sullins of The Catholic University of America, appeals for more and better studies of student outcomes in Catholic education.

“Catholic families should be able to hold Catholic educators accountable, with meaningful information,” said Patrick J. Reilly, president of The Cardinal Newman Society, which commissioned the study. “That requires research that assesses whether students at Catholic colleges are growing in the Catholic faith—and not some undefined spirituality.”

For the past half-century, responding to concerns about their declining Catholic identity, many Catholic colleges have pointed to vague and often subjective measures of students’ spirituality. But these can ignore important distinctions between students who grow stronger in the Catholic faith, those who dissent or leave the Catholic Church for another religion, and students who embrace the “spiritual but not religious” trend among young people today.

In “The Effect of University Characteristics on Student Religiousness: A Meta-Analysis of Catholic Universities,” Father Sullins reports on his meta-analysis of 26 research studies published since 1960 that considered the religiousness of students at Catholic colleges. He finds three common measures in the studies: students’ frequency of church attendance and prayer, and the importance of religion to student respondents. Sullins concludes that only Mass attendance, a distinctly Catholic practice, is an objective and useful indicator of a college’s Catholic identity:

Objective public religious activity such as church attendance is strongly related to institutional differences, such as would be suitable for “benchmarks” of Catholic identity, but subjective private religious activity or feeling like personal prayer or sense of being religious is not. Peer influence and its associated norms have an influence, but these are associated most strongly with higher religiousness in very religious schools. …[R]equired theology or philosophy courses predict most clearly low religiousness in schools that have fewer such required courses.

But Father Sullins also laments the limited data that has been published since 1960 on student outcomes at Catholic colleges, and he offers “what may be the most important conclusion of this study”:

If suggestive results can be gleaned from such limited secondary data, how much more value would primary institutional data have for improving religious outcomes for Catholic university students? The development of more copious and detailed institutional data on Catholic universities, which would permit the conclusions of this study and many more issues to be refuted, modified, or supported, would be of great service to American Catholic higher education. Such information, sensitively handled, would provide a powerful tool for improving the uniquely Catholic features of American Catholic higher education.

The Cardinal Newman Society has contributed to this body of research. In 2003, it commissioned a study by the Higher Education Research Institute (HERI) at UCLA, finding significant declines in Catholic fidelity and practice among students attending several Catholic colleges and universities. In 2008, it contracted polling expert Steven Wagner to conduct a survey of students and recent alumni of Catholic colleges, again finding significant dissent and inactivity according to measures of distinctly Catholic beliefs and practices.

Father Sullins’ meta-analysis was completed while serving as a St. Ignatius Loyola Fellow for Catholic Identity with the Center for the Advancement of Catholic Higher Education, a division of The Cardinal Newman Society.  Although the Center normally publishes the work of its fellows in its series "Studies in Catholic Higher Education," the decision was made to publish Father Sullins' paper in a prestigious peer-review journal in order to reach a broader academic audience.

"We are excited to see Father Sullins' important work accepted by and published in this prestigious journal of research on religion," Reilly said. "It shows the growing influence of our Center for the Advancement of Catholic Higher Education, which is doing important work to identify, develop and promote policies that strengthen Catholic identity at Catholic universities."

Originally published on the Catholic Eduction Daily on July 29th, 2013.