Walking with Others Through the “Night” 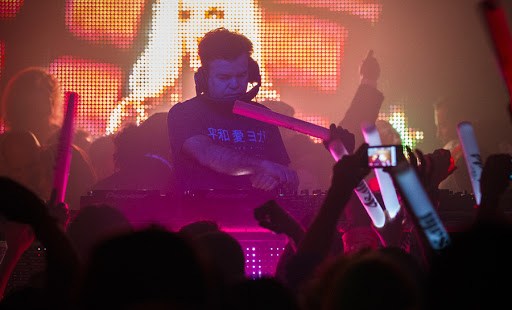 The Pope will not let the Church stand by while so many wander in the dark. He demands that we go out to meet these people where they are and to accompany them on their way to Jesus.

The media flap over Pope Francis’s remarks about priests with homosexual inclinations, made during his impromptu interview on the plane back to Rome from World Youth Day, unfortunately overshadowed far more interesting remarks that Francis made in the closing hours of the event in Rio. On Saturday, July 27th, the Pope – in a speech that Rocco Palmo has claimed to be one of the most significant of Francis’s pontificate – addressed the bishops of Brazil in a private meeting. If Palmo is right that popes tend to save their strongest remarks for conferences with their brother bishops, then it is worth attending closely to Francis’s remarks at this meeting.

The Pope began with a lovely meditation on the story of Our Lady of Aparecida, the Patroness of Brazil. But he then went on to speak candidly about the urgent need for the Church to reach out to those who have abandoned her, because they think the Church can no longer give them anything meaningful or important.

In a moving passage the Pope insisted:

Francis describes the flight of so many from the Church as containing a “night.” The flight toward “freedom” and a more comfortable “wisdom” soon shows its darker side. Globalization, for instance, which promises so many advantages, also brings in its wake…

… the loss of a sense of life’s meaning, personal dissolution, a loss of the experience of belonging to any “nest” whatsoever, subtle but relentless violence, the inner fragmentation and breakup of families, loneliness and abandonment, divisions, and the inability to love, to forgive, to understand, the inner poison which makes life a hell, the need for affection because of feelings of inadequacy and unhappiness, the failed attempt to find an answer in drugs, alcohol, and sex, which only become further prisons.

Thus the search for liberation ends up in a kind of slavery, the pain of which must be anesthetized by stimulants.

The Pope will not let the Church stand by while so many wander in the dark. He demands that we go out to meet these people where they are and to accompany them on their way back to the light of “Jerusalem.”

Today, we need a Church capable of walking at people’s side, of doing more than simply listening to them; a Church which accompanies them on their journey; a Church able to make sense of the “night” contained in the flight of so many of our brothers and sisters from Jerusalem; a Church which realizes that the reasons why people leave also contain reasons why they can eventually return. But we need to know how to interpret, with courage, the larger picture.

The Pope makes an especially interesting point here: the reasons why people leave the Church contain the reasons why they can be persuaded to return. Today, people are constantly searching for something “more lofty, more powerful, and faster.” Our task as believers is to show how the chief elements of the Church – “Scripture, catechesis, sacraments, community, our friendship with the Lord, Mary and the apostles” – deliver the promise of lofty wisdom, power, and excitement that people go looking for in material things.

In the most popular book of the Middle Ages, The Consolation of Philosophy, the philosopher Boethius argues that the happiness we think we are going to find in pleasure, wealth, fame, and the like can only be found in God. Actually, Boethius’s point is more nuanced than this; what he means is that the goodness we look for in something like wealth, namely security, is itself found pre-eminently in God. There’s nothing wrong in seeking a secure shelter from life’s storms – all human beings want that. The trick is to realize that such shelter is found foremost in God, not money.

We might consider Pope Francis’s address to the Brazilian bishops as an invitation to offer to the unbelieving world not a consolation of philosophy, but a consolation of theology. He wants us to walk closely with unbelievers and help them see that the happiness they are looking for outside the Church can only be realized inside the Church.

But to do this, we cannot sneer at those who are wandering. In love and mercy, we have to go out to them and, in friendship, enter into their conversations and walk with them on their way.