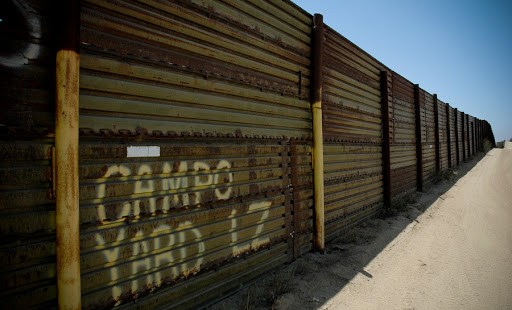 A young woman who immigrated to the U.S. with her family from Guadalajara, Mexico, recalls the 11 years of paperwork granting them status in the country as a “huge, painful, interesting process.”

A young woman who immigrated to the U.S. with her family from Guadalajara, Mexico, recalls the 11 years of paperwork granting them status in the country as a “huge, painful, interesting process.”

In February, 20-year-old Sofía González was able to return to St. Louis, Missouri after U.S. immigration laws sent her away from her family and back to Mexico for nearly two years.

González told CNA in a July interview that she is happy to now be living the life she hoped for while growing up in America.

“I finally have that after so many years. It's a blessing, and I have to remind myself what a blessing it is, and how many other folks which are so deserving and have worked so hard, do not have that.”

González's family came to the U.S. from Mexico when she was 8 years-old. Although both of her parents are educated dentists, they weren't able to get enough business in the city of Guadalajara to provide for their family.

“In Mexico, you have very, very wealthy folks living right next to very, very poor folks,” González said. “It’s very rare to see a middle class family doing well; most of them struggle, and struggle badly, despite having education and degrees.”

In spite of  a 3.9 percent increase in 2013, minimum wage in Mexico in the highest-paid Zone A is still only equivalent to 64 U.S. cents per hour. Compounding the problem, González added, is the fact that food prices are largely the same as in the United States.

“The economy is still very weak. This is why you have a lot of beggars, even people that still work three jobs that are near minimum wage; of course they're not even going to have enough money to eat,” she said.

Given the opportunity to work for a landscaping company in Missouri, González's father came to the U.S. first, followed in 2001 by the rest of the family.

“This is my own modern experience” of the American Dream narrative, González said. “My dad would call us and he would tell us about St. Louis, about how clean it was, about how many trees there were; the wonderful things about this new place he was living at.”

Soon after joining Mr. González in the U.S., the family hired an immigration lawyer and began the process of applying for U.S. residency through Mr. González's employer.

“In the back of my mind, even as an elementary school kid, I kind of was worried about this issue, but it didn’t really affect me. As far as I knew I was just kind of average,” González said.

But with one difference: to tell anyone your immigration status “was a very dangerous thing to do. Any time someone really wanted to hurt you, they could simply call the police,” she noted.

Still waiting to be granted residency, González remembers the middle of her senior year of high school, in December 2010, when the immigration reform bill known as the Dream Act was being debated in Congress. The legislation proposed to create a pathway to residency for young adults brought to the country as children.

When the bill died in the Senate, González's hopes were crushed.

“I remember watching it on C-Span and just bawling that it hadn’t passed. And it was then I realized how powerful indeed laws are. Simply how the government can touch very, very deeply into the lives of people,” she said.

“It started to dawn on me that I wasn’t going to be able to go to college, not in the U.S. anyhow.”

González explained that under U.S. immigration law, undocumented minors are not held responsible for their stay in the country. However, this relief from legal consequences ends six months after a young person's 18th birthday. For González, this day fell in April of her senior year of high school.

“It was a very rough, really awkward conversation with my high school principal to be able to arrange an early graduation,” she said.

“I was very angry at the situation. I had worked so hard in high school and before that to graduate top of my class, to take all these AP courses, and none of it was going to count anyhow.”

González had to travel by herself to Mexico where she stayed with her older brother, who had returned a few years earlier. Upon her arrival, she was struck by the contrast in economic statuses.

“The first picture I got of the country was seeing this gorgeous hotel that had slums at the bottom of it; it was overlooking poverty. I still can’t totally erase that picture from my mind.”

González was enrolled to study biology at the University of Guadalajara. But when she arrived in Mexico, there were still four months before classes started.

“I had returned from home itself, to live in this very strange place that held nothing familiar, that I had really no ties in,” she said. “I think it’s the hardest thing I’ve yet to do in my life.”

González wasn’t able to return to the U.S. at all, even to visit her family. “I had to pray for the strength to just be patient and to trust that I’d see my parents not very far from that point. It was scary. I thought, gosh, it’s never going to happen.”

“I was blessed to see what I saw in Mexico, too,” she added, though, “to meet the people that I met there.”

“I think I had a very, very negative image of it. Possibly more negative than Americans. You would think that I would have had more of a love for it. But it simply, for so many years in my young life, had been the place where my parents could not provide for us.”

“By the end of my time there, as much as I loved it, as much as it had, thank God, become a home for me, it’s not as if I’d stay there if I could move.”

It was in May 2012 that González's father obtained residency. Through him, his children were sponsored to gain residency as well.

According to law, however, a child cannot be sponsored if he or she is over the age of 21. González's brother was now 26.

“The process had started long before he was 21; he was 15 when we filed for this. But Immigration said that my brother would not be able to return to the U.S.,” she said. “You can’t really argue that.”

It took until January 2013 for González to reach the final steps of the process herself. The last thing she had to do before being approved to enter the U.S was travel to the border city of Cuidad Juarez for a medical examination and a formal interview.

“When you read about what immigrants from Europe had to go through in Ellis Island, there are modern versions of that,” she revealed.

“It’s kind of a cattle-like feel, because you go in in lines and they poke you around in lines and groups, and you really can’t say 'hey, can I have a room to myself?' or things like that.”

“You do whatever they tell you simply because you’re waiting for something you desire and they’re able to give it to you. You feel that if you complain, or you feel that if you say this isn’t the right way of treating people, that somehow that would affect you or your application.”

For González, one of the most moving moments of her week in Cuidad Juarez was standing at the fence which separates Mexico and the U.S. The slums of Cuidad Juarez were behind her, the large hospitals, hotels and highways of El Paso, Texas only a few meters away on the other side of the fence.

“I really think being at the fence and seeing immigration patrols there,” González said, “you get the sense of that fear of what the U.S. sees as inferior or what it sees as something not desired, and that it fights with guns and other things, with laws.”

In five years, González said she can apply for citizenship in the U.S. “And then you take the famous test and do a little wave of the flag thing and ta-da! But it’s not really ta-da; really it’s a huge, painful, interesting process.”