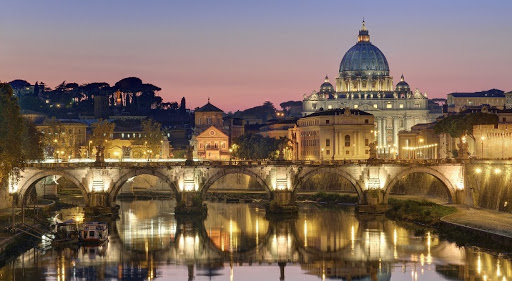 The Institute for Religious Works, informally known as the Vatican Bank, has launched a new website intended to advance transparency about the institute at a time of controversy.

The Institute for Religious Works, informally known as the Vatican Bank, has launched a new website intended to advance transparency about the institute at a time of controversy.
The institute’s president, Ernst von Freyberg, said the website is intended “to tell our customers, the Church, the interested public, what we are doing, how our reform efforts are progressing, and what the scope of our work is.”
“It is an important part of transparency to launch a website,” he told Vatican Radio.
The Vatican Bank serves as a central financial body of the Holy See with 114 employees. It receives and administers assets for religious or charitable activities, especially those in the developing world. Its profits are at the disposal of the Pope.
The new website, http://www.ior.va, explains the institute’s activity, summarizes its history, and describes reform efforts.
It also explains the governance of the institution. A five-member cardinals’ commission reviews the bank’s accounts, business process and strategy. It appoints the Board of Superintendents, a five-member lay committee that defines the bank’s strategy and ensures oversight of the bank.
“We consider the journalists and the media our key intermediaries with the public, but also with those in the Church who are interested in our work,” von Freyberg said. “And we hope that this website will also create a platform to communicate with journalists and the media.”
The Vatican Bank has been the center of controversy and several scandals in recent years.
In 2010 Italian authorities temporarily seized $30 million from the Vatican Bank, alleging that the bank had not complied with Italian laws requiring the disclosure of information about account holders and beneficiaries.
The Vatican responded to the scandal by creating an oversight office called the Financial Information Authority.
Money laundering charges again arose last month with the Italian police’s June 28 arrest of Monsignor Nunzio Scarano, a senior accountant employed at the Administration of the Patrimony of the Apostolic See. He allegedly planned to use his account at the Vatican Bank for money laundering in a plot to move 20 million Euros, about $26 million, from Switzerland into Italy.
On July 1, 2013, the Vatican Bank director Paoli Cipriani and his deputy Massimo Tulli resigned, saying it was in the “best interests” of the Vatican Bank and the Holy See.
The Vatican is seeking to meet international standards intended to fight financial crimes and tax evasion, especially the standards of the European anti-money laundering committee Moneyval. The Vatican Bank is also undergoing an outside review by the U.S.-based Promontory Financial Group which is examining all client relationships and anti-money laundering procedures.
Last year, the Vatican Bank had a controversial leadership change.
In May 2012, the lay supervisory board voted to fire then-president of the Vatican Bank, Ettore Gotti Tedeschi, on the grounds the board had no confidence in how he had carried out his duties. Tedeschi said his reputation had been wrongly maligned.
On June 24 Pope Francis established a new five-member referring commission to examine the Vatican Bank. He asked the commission to gather “accurate information on the legal status and various activities” of the bank to allow for “a better harmonization” with “the universal mission of the apostolic see.”
In June a Vatican official, speaking to CNA anonymously, explained that the commission aims to understand if the Vatican Bank “fulfills the mission of the Church in its current structure, or if it needs to be reformed.”
Some church leaders have suggested that the institute should be closed entirely.
Von Freyberg told Vatican Radio that the institute’s employees have been working to make the bank “as transparent, efficient, completely compliant institute following the highest regulatory and professional standards.”
“We wish to create options for the Holy Father to decide later in this year how he wishes to organize our activities going forward,” von Freyberg said.Originally published at Catholic News Agency on 31 July 2013.  Used by permission, all other rights reserved.