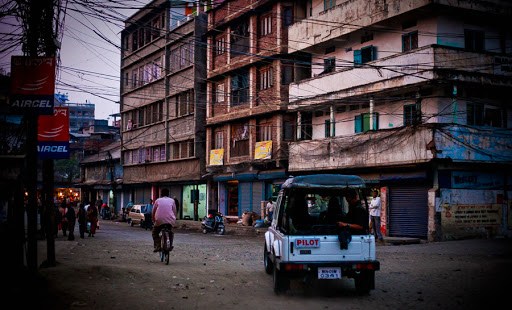 Bangladesh comes under fire from Human Rights Watch (HRW) for the “excessive use of force” by its security forces during street protests that have left at least 150 dead and about 2,000 injured since February.

Bangladesh came under fire from Human Rights Watch (HRW) today for the “excessive use of force” by its security forces during street protests that have left at least 150 dead and about 2,000 injured since February.

The New York-based watchdog also criticized authorities for not taking any meaningful steps to hold members of the security forces accountable for using extreme measures and carrying out extrajudicial killings.

In a 48-page report titled “Blood on the Streets” released today, HRW documents the use of excessive force by police and paramilitary forces during Bangladesh protests this year. It also documents the killing of at least a dozen members of the security forces and three members of the ruling Awami League.

“With national elections and more war crimes verdicts ahead, street protests are likely to be frequent and the risk of further violence is high,” said Brad Adams, Asia director at Human Rights Watch.

“Unless the government takes firm action to rein in security forces, there is going to be a lot more blood on the streets before the year is over,” he said.

“Bangladesh’s reputation is at stake, and all responsible leaders should counsel calm, avoidance of violence and respect for the law,” Adams said, referring to the ruling and opposition parties.

Bangladesh has seen a series of violent protests since the International Crimes Tribunal started handing down verdicts against people accused of committing crimes during the country’s 1971 liberation war against Pakistan.

Many of the verdicts have been against the leaders of the radical Islamist Jamaat-e-Islami party. Four have been sentenced to death and two to life imprisonment so far.

Jamaat supporters have responded by calling strikes and staging violent demonstrations. Dozens including members of the security forces have been killed in the resulting clashes.

In May at least 50 people were reportedly killed when another fundamentalist group Hefazat-e-Islam staged a rally in Dhaka calling for a blasphemy law and the death penalty for so-called atheist bloggers for allegedly defaming Islam and the Prophet Muhammad.

An official from the Home Ministry who did not want to be named said the HRW report does not paint a true picture of events.

“The report says lawmen used excessive force in tackling street protests, but didn’t mention that they were responding to coordinated and fierce attacks, and how Jamaat activists brutally tortured law enforcers and killed them,” the official said.