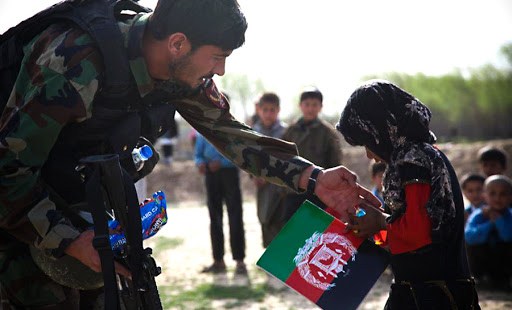 Protestant pastor lives in fear, leading some 250 Afghan Christians in India who converted from Islam thereby inviting the hatred of a people already bitterly divided by a bloody insurgency back home.

Sitting in a large room and staring at a wooden cross on the wall in a New Delhi suburb, Pastor Obaid S Christ from Afghanistan is a deeply worried man.

He, along with other Afghan Christian refugees, collectively known as the Dari Fellowship of India, gather in this room every Sunday to worship. Here they also discuss the problems and dangers they thought they had left behind in their homeland.

The Protestant pastor leads some 250 Afghan Christians, who converted from Islam thereby inviting the hatred of a people already bitterly divided by a bloody insurgency back home.

“We came to India because we would have been killed in Afghanistan. Muslims are not allowed to convert to another religion,” he said, adding that the situation is no better in India.

Obaid said they and other Afghan Christians living in Faridabad in neighboring Haryana state are constantly under threat from their Muslim countrymen who fled the war in their country.

“Indian Muslims join Afghan Muslims in threatening and attacking us. We have to hide our identity from the world. Only last week, some Afghan Christian boys were attacked and beaten by a group Muslims,” he said.

The pastor, who converted in 2003, says Indian police are doing nothing to protect them.

“They tell us to keep a low profile. I even wrote to the United Nations regarding our situation, but officials there told me to do the same,” he said.

The pastor says that he cannot stay at his rented house in Delhi and has to take refuge with his wife at a Catholic safe house in the city.

“I’m even receiving threats from the Afghan embassy in New Delhi,” he said.

“We are not allowed to have a church in India, which is why we have rented a room where we can sit together and worship,” said the pastor, who arrived in India in 2007 and has headed what has become the Afghan Church in India since then.

There are around 12,000 Afghan refugees in India protected by the United Nations High Commissioner for Refugees (UNHCR).

They hope the UNHCR will help them to either settle in India or help them reach a third country.

However, Obaid accused the UN agency of not paying proper attention to the plight of Afghan Christians.

“UNHCR resettles refugees of all nationalities, including Somalians, Afghan Muslims and Iraqis but adopts a very indifferent attitude toward us. Not one Afghan Christian has been resettled so far.

“The UN officials do not send our applications for resettlement to other countries,” he alleged.

“It is a sad situation but we have nowhere to go,” he said.

Obaid said some help has come from other churches and church organizations in India.

Pastor Christ said he will appeal again to the United Nations and write to human rights organizations around the world to seek their help.

“We are not only persecuted by the Afghanistan government but also by the silence of the international community toward us. We want to have a dignified life where we have religious freedom, jobs, and are free to travel where we want,” he said.