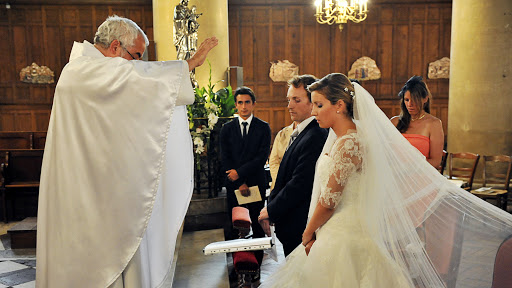 In less than two generations, marriage has undergone an astonishing transformation. Here are the most interesting news stories we’ve seen this summer about marriage…

So you still haven’t written that wedding speech? Who can blame you? You’re already “wedded” out with showers, fittings, honeymoon fundraisers disguised as parties and the looming big day itself.

Take a moment to catch your breath and read this for a little speech-writing inspiration. Here are the most interesting news stories we’ve seen this summer about marriage.

On the myths of marital demise

Secrets to marriage success… and dissolution

A survey of divorced individuals and married couples in the UK found that imposing in-laws were a factor in 10 percent of divorces. More importantly, greater than 40 percent reported that prior to getting married they never broached the topic of having children or where they would live with their partner. (Some things are better left unsaid, but that probably shouldn’t apply to conversations about major life decisions.)

Finally, the Daily Telegraph reported in June that researchers from Harvard, the University of Chicago and Gestalt Research found that couples who met on-line and married were less likely to divorce than their peers who met through work or family and friends. Internet romantics also reported greater marital satisfaction. There’s probably an app for that.

At the Canadian Polyamory Advocacy Association’s first convention this summer, a spokesperson for the group said that while their immediate concern is to increase public awareness and acceptance, advocating for legal recognition of multi-partner marriage may be on the long-term schedule.

Polyamorists favour a variety of multi-partner arrangements and strenuously distance themselves from polygamists. They dislike the patriarchal structure and religious underpinnings of polygamy. However, they might like to reconsider: Could they save on legal fees if the issue of polygamy pushes the constitutionality of multi-partner marriage before the Supreme Court of Canada?

After the 2011 B.C. Supreme Court ruling upheld the prohibition against polygamy, a special prosecutor was appointed to look into charges against the Bountiful B.C. polygamists. Vancouver Sun legal affairs columnist Ian Mulgrew reports that nearly two years on, the special prosecutor is months away from deciding if he can file charges. There are concerns that the legal process has already been compromised by years of political dithering providing grounds for a stay of charges. Then there is the concern that the case wouldn’t survive a constitutional challenge before the Supreme Court of Canada. Mulgrew argues that the responsibility falls to Parliament to write better marriage legislation to protect women and children. He isn’t holding his breath.

To have and to hold for now but not forever

Skipping back over the pond to the UK, House of Lords peer Baroness Stowell in an attempt to redefine the redefinition of marriage stated, “In terms of the law, marriage does not require the fidelity of couples.” It’s no great surprise, with this attitude, that officials in the UK are predicting that the majority of births in 2016 will be to unmarried moms.

Think tanker Christian Guy of the UK-based Centre for Social Justice (UK) told the Daily Telegraph that the decline of marriage is a serious social justice issue. It will impact family stability and increase financial hardship. He argues that cultural and financial restraints prevent marriage from flourishing in Britain’s poorest communities. Of course not everyone intends to marry…

Enter American Sociologist Brad Wilcox who noted in the Atlantic Monthly in July that 41 percent of men “report that they are not ‘completely committed’ to their live-in girlfriends.” Only 26 percent of women in the same domestic situation reported the same level of non-commitment. Wilcox argues, unsurprisingly, that the disparity in intentions will mean disappointment down the line. Disappointing, indeed.

The last word goes to Ottawa Sun columnist John Robson who wrote in July, “[w]e’ve turned intact family from the norm into an embattled minority in less than two generations. And we’ve done it without any sober consideration of what it might do to the most vulnerable.”

A bit heady for a wedding speech, so maybe stick to jokes about the in-laws. But it might be worth considering the future of marriage in the hands of public officials like Baroness Stowell who is fuzzy on the basic norms of marriage.

Thinking about your upcoming wedding speech—the one you haven’t written yet—might provide time to lend some “sober consideration” to why and how marriage still matters.

Peter Jon Mitchell is a Senior Researcher at the Institute of Marriage and Family Canada, a MercatorNet partner site. His article is reproduced with permission.

Originally published at MercatorNet on 5 August 2013.  Used by permission, all other rights reserved.