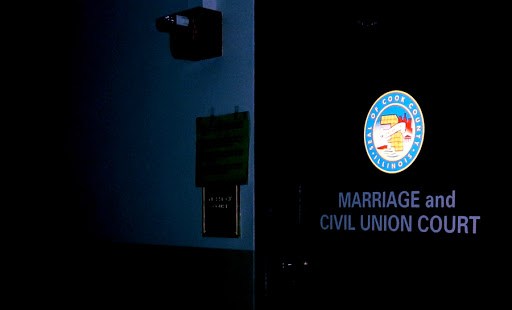 Cardinal Francis E. George of Chicago, Ill., is defending his decision to cease funding of an immigration organization after it declared support and encouragement for same-sex “marriage.”

Cardinal Francis E. George of Chicago, Ill., is defending his decision to cease funding of an immigration organization after it declared support and encouragement for same-sex “marriage.”

The board of the Illinois Coalition for Immigrant and Refugee Rights “broke faith with its member organizations when it publicly supported so called 'same-sex marriage,'” said Cardinal George in a July 29 statement.

“For its own political advantage, it introduced a matter extraneous to its own purpose and betrayed its own members, who were not consulted.”

In May 2013, the Immigration Coalition published a statement supporting “marriage equality,” saying that “full equality and civic participation should extend to recognition of all families, including those involving same-sex partnerships.”

They stressed the importance of same-sex “marriage” in their mission, saying that recognition of such unions should be extended to “our immigration laws, our family laws, and to other areas of law that affect our families.”

After the publication of this statement, the Catholic Campaign for Human Development, an anti-poverty campaign run by the U.S. bishops, cut off all funding for the Immigration Coalition.

Cardinal George said that he did so in order to not betray donors, who “give to this anti-poverty organization with the understanding that their money will be passed on to organizations that respect the teachings of the Catholic faith.”

In an open letter published in the Chicago Tribune on July 29, the Campaign for Human Development was accused of “turning her back on the poor.”

Responding to this letter, Cardinal George stated, “Without betraying its donors or the Catholic faith, the Catholic Church’s long-standing work for immigrant groups and for immigration reform remains intact.”

“It is intellectually and morally dishonest to use the witness of the Church’s concern for the poor as an excuse to attack the Church’s teaching on the nature of marriage.”

He quoted Pope Francis, saying that marriage should be “a stable union of man and woman,” and that “this union is born of their love, as a sign and presence of God's own love.”

Further quoting Pope Francis, he said that this union is also born of “the acknowledgement and acceptance of the goodness of sexual differentiation, whereby spouses can become one flesh and are enabled to give birth to a new life.”

In his statement, Cardinal George criticized those who signed the open letter challenging the decision made by the bishops’ group, while at the same time proclaiming their commitment to the Church.

“The Church is no one’s private club,” he said, “she is the Body of Christ.”

Of those who signed the letter, he said that because they are Catholic, they know that “in a few years, like each of us, they will stand before this same Christ to give an account of their stewardship.”

“Jesus is merciful, but he is not stupid;” he said, “he knows the difference between right and wrong. Manipulating both immigrants and the Church for political advantage is wrong.”