The Science of Human Attraction 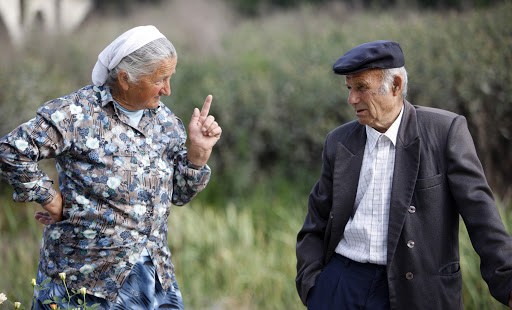 Could a factor in falling fertility rates – in the midst of an apparently sex crazed media – be that a lot of the population really aren’t that interested in sex after all?

We at Demography is Destiny, are concerned with falling fertility rates, a ‘top heavy’ population, and the problems that this is currently causing for society.  Could a factor affecting all this be that, in the midst of an apparently sex crazed media, a lot of the population really aren’t that interested in sex much after all?

It is common knowledge that the contraceptive pill works by suppressing ovulation through tricking a women’s body into thinking that it’s pregnant.  Well at least I assume that it’s common knowledge, given that in America, to take just one example, an average about 78% of women are on the pill at some point in their lifetimes.  However, the pill is so socially acceptable, so necessary in the view of society, that a lot of us hardly stop to think too much about its effect.  In reality, society is changing the hormonal balance of a significant proportion of women in our societies and, in turn, chemical attraction.

In nature, attraction works pretty well.  Science doesn’t know precisely how it works, but it does know that the hormonal balance of the human body is very delicate and works mysteriously well.   We are attracted to certain members of the opposite sex partly on the basis of ‘chemistry’ – chemical signals released by the body.

Various studies over the last few years have shown that a woman is most attractive to men during the fertile part of her cycle – which makes perfect sense.  More interesting perhaps from the perspective of future generations, is that women also discern the men that they are most attracted to based on these chemicals.  Some studies show that these chemicals help women discern the right sort of healthy man that would best suit her and even lead to healthy children – how incredible – and more and more studies are being done.

When a woman is ovulating she is also naturally drawn to more masculine men. So it is fascinating to ponder that the widespread suppression of ovulation could have contributed to the rise of more androgynous male fashion in recent years (as opposed to the likes of Sean Connery in days gone by).  It may also mean that when a woman comes off birth control that she is mysteriously less satisfied with her previously chosen less-masculine partner – in fact some small studies have shown this to be the case.

Importantly, the chemicals and normal hormonal cycle is responsible for a woman’s sex drive and making males attractive to her.  How topsy-turvy that a woman should go on a pill to be able to have sex, but at the same time make her body act as if it is pregnant, making her less attractive to men and less interested in sex.

It is somewhat concerning that woman use the pill while they are searching out a potential partner, and also for what is often a majority of the would be fertile years of their marriage.  She is cutting out chemicals that make her more attractive to her potential partner or husband and vice versa.  This article lists a range of interesting research with links to its source.  For example, this research which discusses the link between people’s marital sex lives and a woman’s mid-cycle female testosterone (which is suppressed by the pill).

Back in 2011, the Wall Street Journal discussed  interesting findings published in the journal Proceedings of the Royal Society, Biological Sciences, that year as follows:

The findings…showed that the injection of Depo-Provera, a long-lasting contraceptive that is approved for use in humans, dramatically altered the chemicals that female lemurs give off to indicate their identity and how genetically healthy they are.

The females given the contraceptive became overall less appealing to the males than before getting the injection, says Christine Drea, a professor in Duke's evolutionary anthropology department and senior author on the study. The contraceptive erased all the normal information the odor signals conveyed, she says.

This research isn’t new, but given the general complexity of nature, I don’t doubt that there are many other things that science doesn’t even know about yet that make up the fine art of human attraction.  So is it not a reasonable moot that this phenomenon might be a cause of more sexless marriages, and hence less babies?  Not to mention that all the extra female hormones in the water supply have been blamed for male infertility.  Perhaps not a huge factor in our current fertility crisis, but fascinating to ponder – and somewhat concerning – nonetheless.

Originally published at MerctatorNet on 4 August 2013.  Used by permission, all other rights reserved.