Family Merges Love for Christ with the Outdoors in New Mission 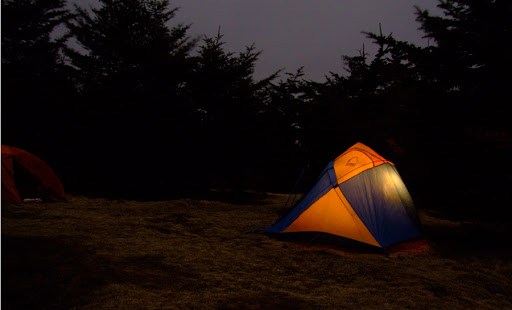 For this woman, what began as a childhood dream has become a thriving Catholic summer camp hosting students nationwide for outdoor week-long excursions in Colorado’s Rocky Mountains.

“Alright Lord, I guess that's what I want to do: I want to create a summer camp that brings people to you and to your creation,” Annie Powell, founder of Camp Wojtyla, recalls telling God in prayer when she was 15.

Eventually, that prayer turned into a reality when in 2006, Camp Wojtyla was established under the direction of Annie and her husband, Scott.

“When we started dating, and then preparing for marriage, it really became sort of a mission for our marriage,” she told CNA July 30, “we wanted our marriage to bring people to the Lord.”

Named after Blessed John Paul II who was passionate about bringing young people closer to Christ through the outdoors, Camp Wojtyla serves middle school and high school kids from all over the country by bringing them into the wilderness to help them grow in relationship with God and creation.

For many of the teens that Annie and Scott see come through the camp each year, “it’s getting harder and harder” to live their Catholic faith, which is why a week at Catholic summer camp is so crucial for them.

“We literally saw kids leaving here with more confidence in themselves and in their faith, than when they showed up,” Scott said, “which is really incredible to witness.”

Each outdoor activity is followed by a period of reflection and discussion when the kids are asked how it reflects their faith and can be applied in everyday life.

“And it's not just, ‘What did you learn from this?’” Annie said, “but it's, ‘How can you transfer it to what you're dealing with back home?’”

When kids can make the connection between their faith and these challenging and exciting activities, it helps create a solid foundation on which they can continue to grow their relationship with Christ.

“The kids just get this sense of, ‘Wow if I can climb that mountain, I really feel like I can do anything now,’” she added.

The camp not only has an impact on the campers, but also on the staffers.

After an intensive three-week “Servant Leadership Program” and two months of living in the wilderness teaching kids about God and nature, Annie said she can see “tremendous growth” in her staff, many of whom are college students.

“They just become authentically themselves,” she said, noting that the difficulty of living without many modern amenities for the summer paired with a deepening love of God helps them “learn what it is to serve.”

“They go back to their college campuses and they spread that,” she added.

Growing up in Boulder, Colo. – a hotbed of outdoor adventure programs – Scott said he hopes Camp Wojtyla will be a witness to other wilderness excursion groups.

The couple said the camp is expanding in several ways, including launching a program to help campers keep in touch virtually and starting to offer winter expedition programs.