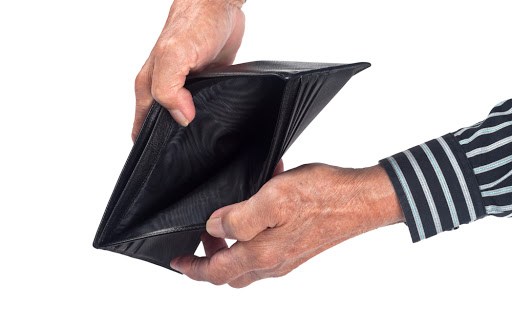 The job that doesn’t pay: welcome to the shady underworld of British employment

Ever worked for a blank pay cheque? It’s beginning to set the norm in the UK, as various unions and campaign groups have brought to light the depressing reality of “zero-hours contracts.”

It’s every hard-worker’s nightmare…no guarantee of hours and the possibility of ending the week with no wages. It means providing the basic essentials for one’s family becomes a luxury and plunging towards the poverty line, inevitable.

From business chains to the NHS and Buckingham Palace itself; employers all over the country are beginning to bind workers to these casual contracts, offering them little stability and no guarantees.

In a nation that prides itself on it’s higher employment rate than many other European countries, it’s strategy is far from perfect, as the danger of employee exploitation increases.

What is a zero hours contract?

Zero-hours contracts, a.k.a. casual contracts, although suiting some people due to the flexible hours, can often involve the outright violation of the employer’s basic rights.

The employer must be ready to work whenever they are asked to  –   for sectors like retail, this often means coming in at a moment’s notice  – but there is no guarantee of them receiving work. It is therefore possible for the employee to be given zero hours in a week and take home zero wages.

Furthermore employees receive no benefits; they are only paid for the time that they are in work, if they are waiting for the call to come in, they get nothing. There is no sick pay or holiday.

For a parent trying to support a family…well, you can imagine.

These contracts have been criticised for rank exploitation, not acknowledging the rights of employees and offering no financial security, as well as leading to a breakdown of the employer – employee relationship, as employers offer no security and workers are pitted against each other, having to compete for hours.

There is also the obvious danger of increasing poverty, where more and more people are unable to take home a basic wage.

The Office for National Statistics  has drawn up a report, estimating that as many as 250,000 employees are currently on zero-hours contracts around the UK.

However the Chartered Institute of Personnel and Development (CIPD) has produced a survey of 1,000 employers where they estimated that about 3-4% (about a million people) of the entire UK workforce were already subjected to such contracts.

This meant that around 14% of these employees were not able to earn enough money for the most basic standard of living, due to a lack of hours being provided. The situation is worse among the part-time workers, of which 38% are reported to be willing to work more hours if given the chance.

The stats indicated that zero-hours contracts were more prevalent in the public sector, with the NHS (National Health Service) being a major user, forcing doctors and nurses to ‘fight it out’ for hours.

However the private sector has also seen a major increase in the number of employees taken on under such measures. Hit the hardest are workers from the retail and tourism sectors.

23 year old Catherine from Cheshire speaks to Aleteia about her experience of being employed in retail.

“I have to be ready to work at a moments notice, whenever they want” she explains, “and they often change my shifts, taking hours away, without even telling me, so I turn up to work and get sent home again and I don’t get paid for the time wasted.”

“It makes it impossible to plan anything” she continues. “They force me to take holiday when I don’t want it and I don’t get any sick pay. I never usually get more than 20-25 hours a week, which means I can’t afford to support myself.”

“I’m really at the mercy of my employer” she reflects sadly. “I can’t save or look to the future. I just have to take each day as it comes, hoping that I’ll at least get enough hours in a week to be able to afford the bare essentials. It’s not easy.”

Critics have accused these contracts of leading to an abuse of workers’ rights, leaving them with no financial security.

However many employers have denounced such accusations. Michael Burd, who is one of the heads of employment at Lewis Silkin law firm, says “the majority of employers use zero-hour contracts, not to avoid giving employees their rights, but to avoid paying fixed overheads and giving them flexibility over their workforce.”

However unionists and other organisations like the CIPD are worried at the impact  these contracts will have on the livelihoods of so many workers across the nation.

Indeed after much pressure, the government has now launched a new review of the nature and consequences of these types of contracts.

Deputy prime minister Nick Clegg himself has voiced concerns on the matter at London’s monthly press conference, where he emphasised the “lack of clarity” over the issue.

He recognised the need for flexible hours in the workforce, but insisted that there must be a “balance.”

“Families have to plan to pay bills – everyone has to plan for what their income is and what they are going to pay out. That can cause very intense insecurity and anxiety indeed” he stated.