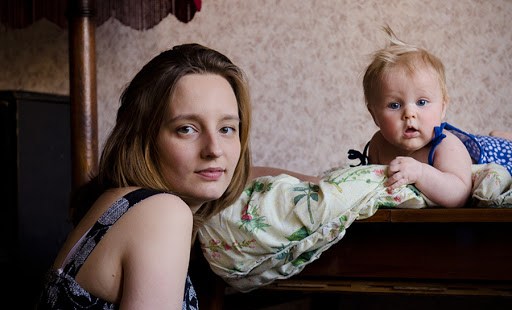 Women from around the country gathered in front of the White House to protest national policies that are “hostile” to the ideas of family, motherhood and religious liberty.

Women from around the country gathered in front of the White House on August 1 to protest national policies that are “hostile” to the ideas of family, motherhood and religious liberty.

The federal contraception mandate, issued by the U.S. Department of Health and Human Services, presents “a very hostile message about whether or not we are welcome as mothers,” explained George Mason University law professor Helen Alvare.

She told CNA on August 1 that policies regarding women need to take into account “the fact that a majority of women will become mothers.”

Alvare also stressed that “religious freedom is distinctly important to us,” and that the contraception mandate poses a threat to religious liberty.

The protesters were part of Women Speak for Themselves, a grassroots movement comprised of an estimated 40,000 women who oppose the contraception mandate on religious freedom grounds.

Women from around the country came to the rally, with buses arriving from other states, including Pennsylvania and Delaware, to protest.

The controversial mandate requires employers to offer health insurance plans that cover contraceptives, sterilization and some drugs that can cause early abortion.

In recent months, the mandate has become the subject of dozens of lawsuits from over 200 plaintiffs arguing that it forces them to violate their deeply-held religious convictions. While houses of worship and their affiliated organizations are not required to provide the coverage, other religious non-profits are subject to a modified version of the regulation, and for-profit companies run by religious individuals receive no protection at all.

Dr. Marguerite Duane, a family practitioner in Washington, D.C., told CNA that “women should not bear the burden” of the medical side effects of contraceptives and abortion, stressing that “it takes two to plan a family.”

Under the mandate, she argued, “childbearing is seen as a curse instead of as a gift to society,” and this attitude “does not help women, it harms women.”

Gloria Purvis, a pro-life advocate in the African-American community, added that policies relying upon contraception and abortion for women's advancement are “actually demeaning to women, and set “a dangerous precedent.”

“When you start to have corporations paying for women to be childless,” Purvis explained, “they will want a return on their investment.”

“There's going to be a tacit requirement that you be childless in the workplace,” she warned. “Forget the glass ceiling – it will be making the womb our biggest obstacle.”

“Because we have a society that's hostile to motherhood,” women need to rely upon contraception and abortion for advancement in society, Purvis observed. But this understanding fails to recognize motherhood as a state in life compatible with the work place, “taking away those options for us.”

“We need to have a different approach in recognizing that family is not the enemy of progress,” Purvis suggested.

She emphasized that the respect for both the family and women's progress motivates many of those involved in the Women Speak for Themselves movement.

“The hope is that we wake up to what really matters, and what it really means to love, cherish, and respect women.”