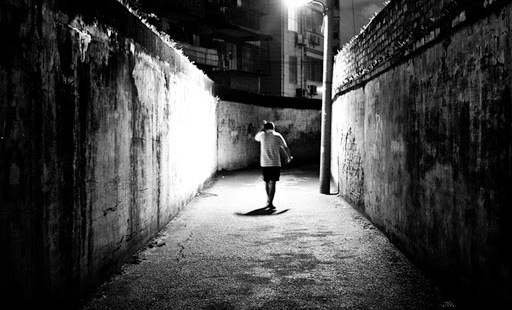 Do you remember the Holocaust?

We all remember it. We all shudder when we see the photos or hear the stories. It is taught in the classrooms and commemorated each year. The terrible hair-raising cautions are passed from one generation to the next. “We must never let it happen again” whisper our grandparents in our ears.

Yet it is happening, now.

In the land where there is no such thing as a free and dignified human person, millions of lives are being exterminated in the most unthinkable ways: chopped up, injected with poison, drowned, suffocated, stabbed: it is a systematic genocide escalating on all fronts.

Oh yes, we’ve heard it all before and perhaps that’s the problem, perhaps we’ve become desensitized to the whole thing: this or that woman in a country far, far away has been killed and her child forcibly aborted; yes, yes it’s all very sad but what can I do about it? and then I remember that I have to pick up milk from the supermarket…

…But while we go on with our busy lives, letting someone else worry about it all, something very dangerous is happening and it’s spreading through China like an unstoppable disease; the most dangerous of all weapons: an idea – a terrible one – the idea that human life is disposable, that the collective state is the only real identity and that the individual person is of no consequence or importance.

It is the same ominous idea that has reverberated through the darkest hours of history, it lies at the heart of every brutal dictatorship, every act of genocide and encompasses the soul of every sickened leader who has succumbed to the abyss of evil.

Despite being warned by a doctor at Tongshan County that due to her health, sterilizing Shen could put her in grave peril, the local Family Planning Officers with no regards for her life, dragged her off to a clinic and forcibly sterilized her to avoid an “illegal pregnancy.” Shen died at 42, leaving behind her husband and two small children, one of whom is just two years old.

Now meet Mr. Xu Shuaishuai. He’s dead too. He was stabbed to death by a Family Planning Official in Linyi City, Shandong, when he tried to protect his father from being beaten. The officials went to Xu’s home to seize his sister and force her to be sterilized. When they couldn’t find her they attacked the father and when Xu intervened, one of the officials stabbed him twice in the heart.

Xu died on route to hospital.

There was no apology given to Xu’s family and noone was charged or even arrested for the murder. The news agencies refused to report it.

Now we head over to Guying Town, China.Wang Liping was 23 and in love. She couldn’t finalize her marriage procedure due to her poverty, but she and her almost-husband conceived a much wanted child. The whole family was overjoyed at the news.

When she was 7 months pregnant she was stopped by officials on the street, “they asked me to go with them” she explains, “they told me they were from Guying Population and Family Planning Office when I asked who they were. However, they didn’t show me their badges.”

When she refused to get into a car with them, they beat her and dragged her away to the hospital. It was nighttime when they forced an induced labor upon her without her consent and without conducting any preliminary examinations of her health.

“At that time I was crying out loud for help and those people beat me up” she recalls. “They and some doctors and nurses pushed me onto the ground and took my pants off. Then they injected some medicine at my fetus’ location in my belly, and then they roped me to a sickbed. I could not resist this and nobody came to help me.”