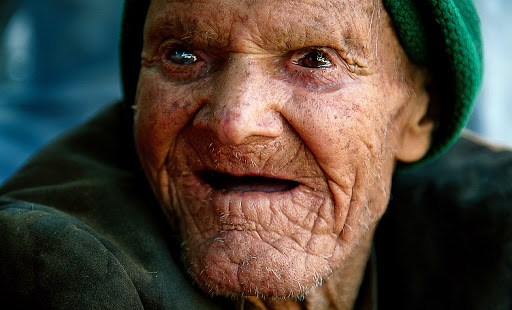 “But the important thing is not looking at them from afar, or helping from afar. No, no! It is going to encounter them. This is the Christian! This is what Jesus taught: to go meet the most needy,” the Pope said.

As his fellow Argentineans gathered to celebrate the feast of Saint Gaetano, the country's most popular saint, Pope Francis urged them to encounter and touch the poor, rather than helping them in a distant way.

"With Jesus and Saint Gaetano, we go to meet the most needy!" Pope Francis said, repeating the theme for this year’s procession in a video message to participants.

“It speaks of meeting people who have the greatest need, of those who need you to give them a hand, those we look at with love, with whom we share their pain or their anxieties, their problems.

“But the important thing is not looking at them from afar, or helping from afar. No, no! It is going to encounter them. This is the Christian! This is what Jesus taught: to go meet the most needy,” the Pope said in his Aug. 7 Spanish-language message.

He illustrated his point for the thousands of devotees in the Liniers neighborhood of Buenos Aires by explaining what he asks people about giving to the poor.

“Do you give alms?

“And when you give alms do you look in the eyes of the people you give them to?

“Look, he has not met the people. He threw the alms and left. When he gives the alms, does his hand touch (the hand of the poor) or does he toss the coin?”

Pope Francis then told those at the procession, “What Jesus teaches us is first to meet, and (after) meeting, to help. We need to know how to meet. We need to build, to create, to construct a culture of encounter.”

“Your heart, when you meet those most in need, will begin to grow, grow, grow! Because the meeting multiplies our capacity to love. The encounter with the other enlarges the heart. Courage! 'By myself I just don't know what to do.' No, no, no! With Jesus and San Gaetano!

Saint Gaetano of Thiene was born in Oct. 1480 in the northern Italian town of Vincenza. He dedicated his life to the poor and is the most popular saint in Argentina. He studied philosophy and theology, and then earned his doctorate in Civil and Ecclesiastical Law, before being ordained a priest in 1516. He died on Aug. 7 1547 in Naples and was canonized in 1671.

After the economic crisis of 1929, he became the patron saint of bread and labor and still has a particular following among Argentinean workmen.