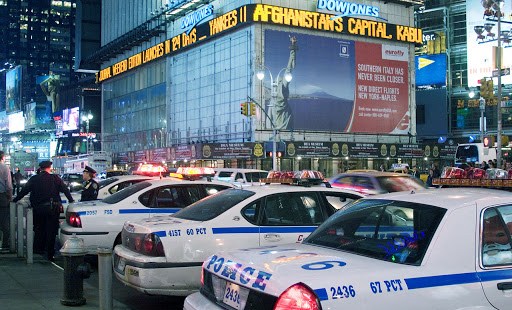 Critics say the practice unfairly targets minorities and was a violation of the 4th amendment of the US Constitution.

For years, an important part of the public safety strategy in New York City has been for police to stop pedestrians (either randomly or with a small suspicion of wrong-doing) and frisk them. The controversial practice, known as stop-and-frisk, was struck down as unconstitutional in violation of the 4th amendment by a federal judge on Monday.

The judge accused the police department's senior officials of violating law "through their deliberate indifference to unconstitutional stops, frisks and searches," according to CBS News.

The NY Times reports about the practice: "Officers often frisked these people, usually young minority men, for weapons or searched their pockets for contraband, like drugs, before letting them go, according to the 195-page decision."

The text of the 4th Amendment to the US Constitution reads:


"The right of the people to be secure in their persons, houses, papers, and effects, against unreasonable searches and seizures, shall not be violated, and no Warrants shall issue, but upon probable cause, supported by Oath or affirmation, and particularly describing the place to be searched, and the persons or things to be seized."

The ruling comes just weeks after revelations that the NSA and other federal departments collect vast amounts of data on millions of Americans, which has also been the source of controversy and concern about privacy rights.