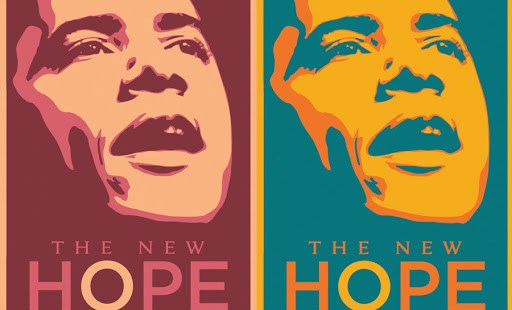 The use of moral language is controlled by the thought police of elite media and politics, or at least they try to.

That heading requires a book instead of a post. But here goes…

The use of moral language is controlled by the thought police of elite media and politics, or at least they try to. So do some bullies in social networking media, who wield it or fight it (depending on the topic) with all their might in the verbal arena. I’d prefer to call it the arena of ideas, which it used to be when Socratic reasoning still mattered, but it’s more a pugilistic boxing arena now with punches thrown and swings taken with words, sometimes mean and angry ones, sometimes deftly honed, sharpened and maneuvered ones that cut a deep slice meant to wound.

Whose morality? is often thrown back at someone trying to reason in moral terms, and it becomes an automatic conversation stopper. So people in the current cultural climate have to learn to argue from reason alone, which still wins the day in the great Catholic intellectual tradition when engaged by anyone open to truth. You can’t argue or debate the definition of marriage in law from the basis of morality anymore. And ‘women’s issues’ has become a runaway train laden with the freight of ‘reproductive justice’ and ‘choice’ and ‘preventive health care services’ and ‘contraceptive coverage’ to stave off the ‘war on women’ and so on.

“It will become necessary and acceptable to place relative rather than absolute values on such things as human lives… Since the old ethic has not yet been fully displaced it has been necessary to separate the idea of abortion from the idea of killing, which continues to be socially abhorrent. The result has been a curious avoidance of the scientific fact, which everyone really knows, that human life begins at conception and is continuous whether intra-or extra-uterine until death. The very considerable semantic gymnastics which are required to rationalize abortion as anything but taking a human life would be ludicrous if they were not often put forth under socially impeccable auspices. It is suggested that this schizophrenic sort of subterfuge is necessary because while a new ethic is being accepted the old one has not yet been rejected”.

Over four decades later, and 40 years of Roe, acceptance and rejection of ethics have ebbed and flowed.

Which gets to some headlines out lately that share the common thread of the use of semantic engineering and rhetorical manipulation to control public opinion about social moral policy. Just as Walter Lippman warned about in the early to mid-twentieth century (especially in Public Opinion,1922).

The president’s promise of transparency, which is ultimately happening in spite of his administration’s efforts to the contrary.

In truth, I can’t think of a less transparent administration than this one, which keeps using that word as though it means something else.

Then there’s his strong opposition to the Patriot Act, until he became president and found some benefit of not only using but broadening the Patriot Act.

In recent months, Barack Obama has forcefully defended the use of the Patriot Act to gather the phone records of every American. But before he was elected president, he had a very different perspective on the issue.

In December 2005, Congress was debating the first re-authorization of the Patriot Act, a controversial 2001 law that gave the federal government expanded power to spy on Americans. And Barack Obama was one of nine senators who signed a letter criticizing the then-current version of the legislation for providing insufficient protections for civil liberties.

The senators focused on Section 215 of the Patriot Act, which allows the government to obtain “business records” that are “relevant” to a terrorism investigation. Sen. Obama and eight of his colleagues worried that the provision would “allow government fishing expeditions targeting innocent Americans. We believe the government should be required to convince a judge that the records they are seeking have some connection to a suspected terrorist or spy.”

Congress eventually re-authorized the Patriot Act, including Section 215. A few years later, Obama was elected president of the United States. And under President Obama’s watch, the NSA engaged in surveillance suspiciously similar to the broad “fishing expeditions” Sen. Obama warned about.

The government has argued that records of every phone call made in the United States are “relevant” to counter-terrorism investigations generally, allowing them to obtain information about the private phone calls of millions of Americans — exactly the kind of argument Sen. Obama warned the government would make if the language of Section 215 wasn’t tightened.

And then there’s this wonkish piece about energy and environmental policy that, when you cut to the chase, turns on rhetoric.


Keep the poor in the dark: That’s the aim of some of the world’s biggest and most influential environmental groups. And last month, both the U.S. Export-Import Bank and the World Bank helped advance it. Out of concern for climate change, they announced, they would restrict financing for coal-fired power plants…

The groups that opposed the Vietnamese project include Friends of the Earth, Greenpeace USA, Pacific Environment, the Center for International Environmental Law, and the Center for Biological Diversity. In a letter to President Obama, they protested that the Thai Binh project would “emit unacceptable air pollution that will worsen climate disruption.”…

That electricity is essential to modernity is incontrovertible. The rich countries of the West developed their economies by producing electricity from coal. Now the rest of the world wants to do the same. And yet, the environmental elites are determined to prevent that from happening.

Many of those same elites are cloaking their rhetoric in moral terms. In late June, Ken Berlin, a lawyer and leader of the “Energy & Environment Team,” a group set up to promote Obama’s climate-change agenda, sent out a list of talking points to be used by Obama’s supporters. The first one: “We have a moral obligation to future generations to leave them a planet that’s not polluted and damaged by carbon pollution.”

And now, as evidenced by the recent moves by the Ex-Im and World Bank, we have adopted a policy that it’s better for the world’s poor to continue living in the darkness and destitution that always comes with energy poverty than for them to be damaged by “carbon pollution.”

If that’s a moral stand, then I’m Jack the Ripper.

And if we can begin to talk about our moral obligation to future generations not to kill any of their members by ‘choice’, then we will have begun to progress toward talking about things like economic policy and carbon pollution. But until then, the talk is incoherent.

Originally published by MercatorNet on 9 August 2013.