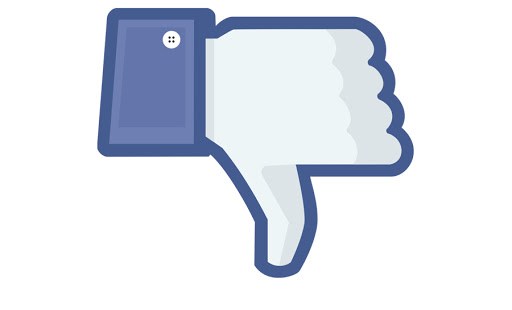 Facebook’s continued tolerance for obscene anti-Catholic pages in Spanish are causing some users to question the site’s policies – and whether they should keep using the social network.

Facebook's continued tolerance for obscene anti-Catholic pages in Spanish are causing some users to question the site's policies – and whether they should keep using the social network.

“…and it is so disgusting that when I report a comment that is literally an insult to a bishop and/or to all Catholics the answer from Facebook is that the post does not violate Facebook policies.”

Mario De Jesús Gallardo Mendiolea, who says he is involved in evangelization in the Diocese of Leon, Mexico, claims that Facebook's policy is “very tolerant of anti-Catholicism.”

“They have blocked me three times. At first I thought it was because of complaints from Protestant brothers and sisters because of what I posted on my wall. Now I think that Facebook tolerates anti-Catholicism and is targeting us,” he said.

Another user, Rodrigo Perez M. of Colombia, said Facebook allows “open anti-Catholicism that is out of control and unfettered.”

“I am about to close my account, it bothers me to see so much hatred and venom towards the Catholic Church. There is no control and on the contrary if you make a comment warning about Satanism, the first thing Facebook does is temporarily block your account, as it did to me.”

Yhonathan Luque Reyes of Peru created the page, which helped others learn more about the Catholic faith and counter anti-Catholic attitudes in a humorous, accessible way. His page had drawn over 110,000 followers.

In fall of 2012 Facebook notified him that various users had denounced his page for allegedly promoting language that incited religious hatred. The social network offered him the alternative of locating the page under the category “polemical humor” to be maintained on the site.

In January 2013, several anti-Christian groups campaigned for Facebook to ban the page as offensive. The page was removed in such a way that it could not be restored.

The elimination of the page drew the attention of the Pontifical Council for Communications, which noted the deletion on its Twitter account.

Though “Memes Católicos” has been deleted, the Spanish-language Facebook page “Peneadicto XVI” continues to broadcast anti-Catholic and anti-religion messages to over 44,000 followers.

The page also directs campaigns that promote hatred of religion and acts of physical aggression against the Pope and other Catholic leaders.

Despite Facebook's prohibitions on pornography, for a time the Facebook page's cover image was a montage that included a depiction of Pope Benedict XVI in a sex act with a naked man at the main altar of St. Peter’s Basilica.

A manager of the Facebook page, Carlos Alberto Becerra Mendoza of Peru, is the subject of a lawsuit from Catholic News Agency’s Lima-based partner ACI Prensa for allegedly hacking the news agency’s website in January. The “Peneadicto XVI” page published images of hacked pages at ACI Prensa website, even though the hacked pages were only visible for about an hour.

“The conversations that take place on Facebook as well as the opinions that its users express, are a reflection of the diversity of people that use Facebook,” Alberto Arebalos, Facebook’s head of communications for Latin America, told ACI Prensa Aug. 5.

“In order to balance the interests and needs of a worldwide public, Facebook protects expressions of opinion and content that meets the norms described in our policies.”

“I can assure you that there is no anti-Catholic spirit at our company,” he said, declining to respond to the specific incidents ACI Prensa reported to him.

“Every complaint is studied and analyzed in accord with our policies, without any slant in one direction or the other.”

In May, Facebook announced that a review of its policies on removing offensive content and hate speech, indicating that it has listened to women's groups and Jewish, Muslim and LGBT groups for feedback.

The move appeared to have some effects, including the deletion of anti-Christian pages like “Christians I’d Like to Throat Punch.”

However, this policy may not exclude obscene attacks on Jesus Christ and the Pope.

Alison Schumer, a member of Facebook’s communications and public policy section, on June 10 told CNA that its anti-harassment standards “do not cover public figures.”

She cited Facebook’s community standards, which say “We allow users to speak freely on matters and people of public interest, but take action on all reports of abusive behavior directed at private individuals.”

The standards also bar “hate speech,” meaning “direct and serious attacks on any protected category of people,” including religious categories. The company says that some “distasteful humor” does not qualify as hate speech.

Asked if Facebook was working with any Catholic or Christian groups for feedback about its policy, Schumer said that in early June Facebook’s Washington, D.C. office held a meeting with “national faith-based leaders” created under the guidance from the leaders of the U.S. Catholic bishops.

Schumer said June 19 that the meeting was “private” but she said it was “one example of many in which we meet with external groups regarding our policies.” The U.S. bishops’ conference confirmed that the meeting took place, but likewise described it as “private.”

Facebook has been in operation for nine years. While it has come to dominate social media, it has shown signs of stagnating growth and declining enthusiasm among some younger users.