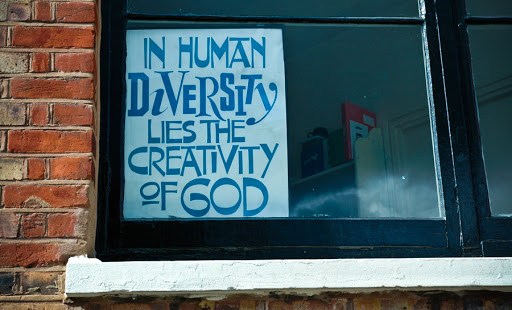 One’s appearance shouldn’t matter, but it does for many people. Are we missing out on opportunities for evangelization because too many people in Catholic media are White?

According to the most recent statistics provided by the United States Conference of Catholic Bishops and the Center for Applied Research in the Apostolate at Georgetown University, there are 77.7 million Catholics in the United States (22% of the U.S. population), and nearly 1.2 billion Catholics worldwide. According to other sources, 39% of those Catholics are Hispanic and 4% are Blacks. Yet, if you look at all of the major Catholic television outlets, read the mainstream Catholic magazines and website blogs, Diocesan newspapers, peruse the catalogs of Catholic book publishers, listen to Catholic radio, and look at the two major outlets for Catholic speakers, you would come away with the impression that American Catholicism is about as White as Catholicism in Ireland.

Why does race matter? Does truth have a color? Isn’t it all about the color of the Blood of Christ? Ideally, race wouldn’t matter, and ideally, everyone would be immune to the appearance of the vessel containing truth. But the fact remains: we don’t live in an ideal world.  I remember those decades before I came to know that Jesus is real; during the 80s, 90s, and the first part of this century, long before I knew the differences between Catholicism and Protestantism – I would channel surf past the Eternal Word Television Network (EWTN) and even sometimes stop for a while to hear what they were saying. I figured they were Christians because I saw Christian symbols in the background, but the reason I would stop and listen is that they looked like peculiar people (I would eventually come to discover that the lady dressed as a nun is the founder of the network, Mother Mary Angelica). I’d listen for awhile and then move on to the next channel, because inasmuch as she and other show hosts looked and sounded interesting, I couldn’t identify with them on that most basic level of my maturity at that time. These people only perpetuated my ignorant belief that Christianity was a White man’s religion.

Meeting people precisely where they are – even with all of their issues and hang-ups – is a core component of Christian evangelization. One gateway to meet people at their level is through mutual identification, which is a building block to a relationship. Two organizations that have been very successful in employing this method are Alcoholics Anonymous (AA) and Narcotics Anonymous (NA), who connect people with alcohol and drug dependence issues with people who have overcome them.

Inasmuch as other things, such as common interests, can serve as components of mutual identification, racial identification still remains a central element to certain segments of society. This is a concept that I believe the Virgin Mary appreciates very well. On December 9, 1531, she appeared to Saint Juan Diego in Mexico, resembling an Aztec princess in appearance, and spoke to him in Nahuatl, his native tongue. On November 28, 1981, Our Lady appeared to Alphonsine Memreke in Kibeho, Rwanda, and spoke in the local native language. Later Alphonsine stated that, “The Virgin was not white as she is usually seen in holy pictures. I could not determine the color of her skin, but she was of incomparable beauty.”

Evangelizing through base mutual identification is a concept that Saint Paul seemed to appreciate as well. In his first letter to the Corinthians (9:19-23), he wrote about becoming a Jew to win over Jews; becoming like one under the law for those under the law; becoming like one outside of the law for those outside of the law; and becoming weak to win over the weak. “I have become all things to all, to save at least some.” Saint Timothy must have also been a believer in Paul’s method of evangelizing, being that he allowed himself to be circumcised “on account of the Jews of that region” (Acts 16:3).

As I continue to build and explore this issue in my forthcoming articles concerning how mainstream Catholic media in the U.S. can better position itself to evangelize to non-Whites, I will use some of the concepts found in Dr. Beverly Daniel Tatum’s book, “Why are all the Black Kids Sitting Together in the Cafeteria?” as the construct to talk about things such as racial identity, dominate groups, and subordinate groups.

In the next installment, I’m going to talk about why is that the mainstream Catholic media in the United States has a dearth of non-Whites. I hope you come back and stay engaged in this conversation.