Big Philanthropy: A Crisis of Value 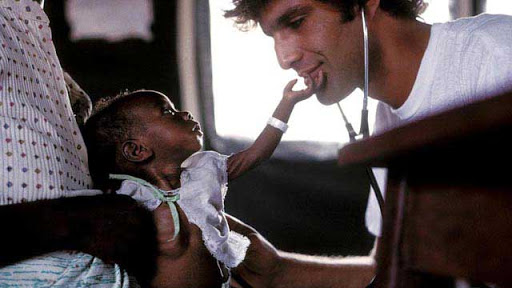 All is not quite right in the prestigious world of big time philanthropy. This is something Peter Buffet gets right in his meandering op-ed in the New York Times. Having inherited a foundation from his billionaire father Warren in 2006, with no previous engagement in humanitarian endeavors, he has since come to discover that there is an awful lot of “philanthropic colonialism” in the “charitable-industrial complex”. Further to his credit, he acknowledges that he does not have all the answers to the world’s manifold and persistently vexing crises.

Philanthropy, he observes, has become big business, and is reeling from a “crisis of imagination”; an entirely fresh approach is needed.

These particular matters are worthy of serious amplification, even if a single op-ed can’t always provide sufficient elaboration. But many of Buffet’s pronouncements are so muddled that they are of little value in charting a coherent, navigable way forward. And that, as it so happens, is precisely what is most revealing about the current state of the “industry”: its Achilles heel is the lack of clear thinking about the human condition.

He contends that the “system that creates vast amounts of wealth for the few” is what, almost automatically, destroys lives and communities elsewhere. Shuffling donated money to the have-nots might make us feel better, but that “just keeps the existing structure of inequality in place”.

This lack of confidence in the moral agency of the materially poor (a common feature of the philanthropic colonialism he derides) becomes yet more evident as he goes on to claim that “nearly every time someone feels better by doing good, on the other side of the world (or street) someone else is further locked into” a stifling system.

He even goes so far as to dismiss the achievements of small microfinance initiatives. Those may enable the poor “to enter our world of goods and services so they can buy more”, but he asks, incredibly: “But doesn’t this just feed the beast?”

Misdiagnoses of this kind, packed into such a short piece, suggest the capability of philanthropic malpractice.

On the other hand, he is on to something when he says that a real measurement of progress would not be “Wi-Fi access on every street corner” but “when no 13-year-old girl on the planet gets sold for sex.” Note that here he is taking a clear, absolute, and universal ethical stand that by nature is binding irrespective of technological or economic circumstances.

I know of no one who would disagree with him on that score.

But the fact of the matter is that young people need to be shielded from more than flagrant abuses such as this. One the professional accomplishments listed on Buffett’s Wikipedia page is advertising for MTV. I do not know exactly what that consisted of, nor do I intend to cast any aspersions on him. But I couldn’t help thinking that it is not hard to assess whether exposure to MTV’s toxic emissions is, on balance, conducive or detrimental to anyone’s human development, especially a that of 13-year-old girl.

In one sense, capitalism even has something in common with communism: its ideology of materialism. Not that capitalism is morally equivalent to the bloody inhumanity of its erstwhile rival, but it does corrode moral and cultural values.

This seems to escape Buffett’s attention in other ways as well. He seems prepared to acknowledge that things don’t always turn out as envisioned by the wealthy donors, writing: “distributing condoms to stop the spread of AIDS in a brothel area ended up creating a higher price for unprotected sex”. To a certain extent, this may be considered an open-minded concession.

But what about the next question: what is the role of the philanthropist vis a vis the “brothel area” itself? Should any sort of technology turn out to deliver exactly as promised, what of the women exploited in such conditions? Surely philanthropy must mean something greater than safety; contesting the inhumane status quo has the greater claim.

Buffett’s piece, incidentally, came out just as results from a major study were published in the African Journal of AIDS Research. Drawing on extensive data from four African countries with severe AIDS epidemics, it found that even consistent condom use does not correlate with lower HIV rates. It concluded that “directly addressing the risk behaviors that spread HIV” is warranted, whereas “condom promotion and HIV testing should not be the mainstays of prevention efforts in generalised epidemics”.

But these types of findings have long been dismissed because they threaten a prior commitment to sexual libertinism that is non-negotiable – however “imaginative”, constructive, and humane alternatives may be. This makes Buffett’s otherwise welcome critique of “Philanthropic Colonialism” seem, if not quite hollow, only selectively perceived.

It is no big secret among insiders, I should add, that the powers pushing the “social marketing” of condoms are aware of their dismal track record, but they “stay in the game”  – portray their product as the panacea– because the money is good.

Philanthropy anyone? Such consciously “big business” behavior is considerably worse than what T.S. Eliot had in mind when he wrote:

“Half the harm that is done in this world is due to people who want to feel important. They don’t mean to do harm — but the harm does not interest them. Or they do not see it, or they justify it because they are absorbed in the endless struggle to think well of themselves.”

It seems to me that the philanthropist (the lover of man) should, as a prerequisite, be finely attuned to the human condition – and, like Eliot, on guard as to how he may compound rather than alleviate problems.

In places, Buffet seems to want to go there. Ultimately, however, what he calls a “crisis of imagination” in the philanthropic industry is, in essence, really better classified as a crisis of values, which is to say a deep conflict of perspectives about the dignity of man.

The biggest problem we face, then, is that parting with one’s money is easier than parting with one’s ideology. The utopian notion that the right combination of financing, technology, and ingenuity – critical components as they each are – can compensate for neglect of the underlying moral dimensions at the root of our crises must be resisted.

Apprehending this moral dimension can only be the byproduct, as Pascal argued, of our efforts to think well. Inheriting bad ideas, even along with a fortune, only ensures that authentic human development will remain elusive – even if the “non-profit” world thrives.

Matthew Hanley is a Senior Fellow with the National Catholic Bioethics Center. The opinions expressed here are his own and not those of the NCBC.

Originally published at MercatorNet on 13 August 2013. Used with permission. All rights reserved.