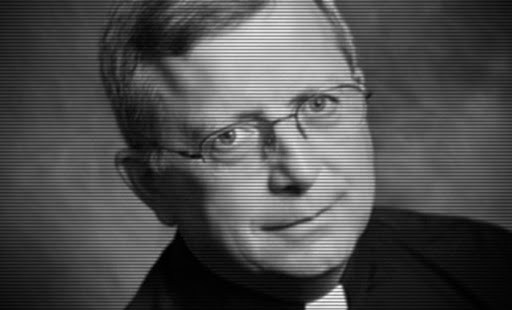 The mysterious Missouri priest who gave anointing to a woman in her wrecked car near Center, Mo. has been identified.

The mysterious Missouri priest who gave anointing to a woman in her wrecked car near Center, Mo. has been identified as Father Patrick Dowling, of the Diocese of Jefferson City.

“I thank God and the amazingly competent rescue workers,” Fr. Dowling stated today in a comment on CNA's original article on the Aug. 4 incident.

“I thank them for making me welcome in such a highly charged situation and allowing me to minister as a priest.”

Katie Lentz was trapped in her older-model Mercedes, which had been struck by another vehicle which passed into her lane. That car's driver has been charged with DWI.

Rescue workers spent an hour trying to get Lentz out of her car, but the solid materials of its construction were dulling the fire department's emergency equipment.

Though the highway was blocked off, “I did not leave with the other cars,” Fr. Dowling commented. He parked as close as he could, “and walked the remaining 150 yards. I asked the Sheriff if a priest might be needed … on checking, he permitted me to approach.”

“When the young lady asked that I pray her leg stop hurting, I did so. She asked me to pray aloud and I did briefly … the rescue workers needed space, and would not have appreciated distraction. I stepped to one side and said my rosary silently until the lady was taken from the car.”

Once Lentz was removed from her vehicle, he explained, “I then shook hands with the Sheriff, and thanked him, as I left. I have to admire the calmness of everybody involved.”

“The Highway Patrol sergeant was amazingly calm and completely in control. Everybody worked with the harmony of a Swiss watch.”

CNA spoke with Fr. Dowling Aug. 12, and he explained that he gave Lentz Anointing of the Sick as well as absolution.

He affirmed that it was in the normal duties of a priest, “except that there was something extraordinary it sounds like, in the sequence of events that coincided in time with the Anointing.”

“You must remember, there were many people praying there, many, many people … and they were all praying obviously for healing and for her safety.”

“I was probably part of the answer to their prayers, I came by and Anointed and absolved, (but) I didn't say another word … I did not say anything like the machinery would begin to work or they would succeed in getting her out of the car.”

“That did not come from my lips, though two people heard it.”

Fr. Dowling was driving by Center while on his way from having said Mass in Ewing. A native of Ireland, Fr. Dowling was ordained a priest for the Jefferson City diocese in 1982. He has served at several parishes in the diocese, as well as its two mission parishes in Peru.

Fr. Dowling currently serves in prison ministry and serves the Spanish-speaking population of the Diocese of Jefferson City.