Fordham Theologian: Can Babies Be Aborted as ‘Unjust Aggressors’? 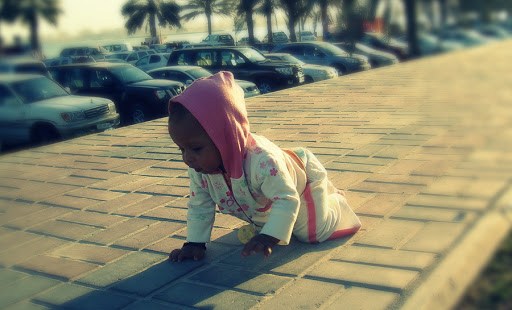 The Fordham University theologian who hosted pro-abortion ethicist Peter Singer on campus last year is now asking whether direct abortion to save the life of a mother could be justified.

The Fordham University theologian who hosted pro-abortion ethicist Peter Singer on campus last year is now asking whether direct abortion to save the life of a mother could be justified, if the unborn child is deemed “an unjust aggressor.”

“The Church can do better,” he writes. If Catholics want to appear “coherent and sensitive” when arguing against abortion, he argues, they should “revisit some ideas that have been largely unexplored, and perhaps prematurely shut down”—such as whether a child in the womb can be regarded an “unjust aggressor,” which might justify the use of lethal force to protect the mother when her life is in danger.

Camosy does not offer a firm answer to the moral question. In fact, in response to a reader’s comment, he writes:

“I am not ‘arguing for the direct targeting of the unborn child as an aggressor.’ I’m asking us to explore why, if at all, we should treat the cases [of unjust aggression]… differently from a prenatal child who threatens her mother’s life.”

Nevertheless, Camosy publicly questions the judgment of Bishop Olmsted on a Catholic theology discussion website and erects the scaffolding for an argument for the direct killing of the unborn.

He asks whether an unborn baby whose presence in the womb endangers a mother’s life could be considered an innocent aggressor like the violently insane or brainwashed child soldiers?

“Can we use deadly force in response to deadly violence from these individuals if they are threatening our lives and/or the lives of innocent others? Both the tradition (and common sense) seems to answer in the affirmative. But then why isn’t this same kind of reasoning applied to a prenatal child who is threatening the life of her mother? Is it simply because we imagine ‘bioethics’ to be in a different category than ‘war and peace‘ with different methodologies? Or is there a different reason? Some say that Pius XI shut down conversation about this in Casti Connubii when he said (in #64) that the child is not an ‘unjust aggressor.’ Fair enough. But the same can be said of all three examples above. It could certainly be the case that a person is formally innocent, but nevertheless an aggressor to which one could justly respond with deadly force.

One commenter thinks so. Responding to Camosy’s blog, he envisions two window washers on a faulty scaffolding which gives way. If the one decides that it’s not strong enough to support both people, would the one be morally justified to push the other off the scaffolding? The reader suggests this is the same argument of self-defense as a mother aborting an innocent child who poses a risk to the life of the mother.

Providence College theologian Dana Dillon, also a contributor at Catholic Moral Theology counters Camosy by making a clear distinction between the innocent unborn and the aggressors in Camosy’s examples.“The case of the unborn child is necessarily different, in part because the innocence is self-evident,” she writes in a comment to Camosy’s post. “And although the threat to the life of the mother can be very very real, I am not sure that the concept of ‘aggressor’ rings true. …[I]t seems to me that being a threat or a danger to another is not the same as being an aggressor.”