How to Rewrite Africa’s History 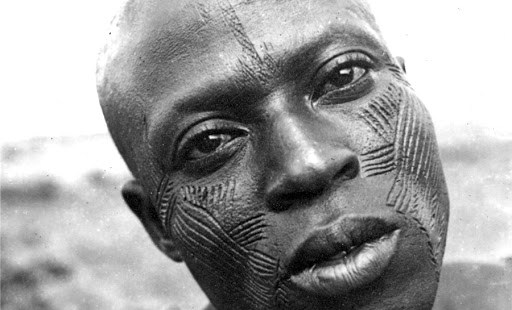 Much has been said about “rewriting” African history, yet not all attempts at rewriting have been praiseworthy.

One of the most dismissive statements concerning African history came from G. W. F. Hegel (1770 – 1831). In his attempts at creating an explanation of Africa’s place in world history, Hegel is notorious for having said that Africa is a continent without history or movement or development to exhibit. In his book, Geographical Basis of World History (1820s), he divided Africa up into three regions (based on racial differences): North Africa, Egypt, and “Africa proper.” About “Africa proper” he wrote;

Africa proper has no historical interest of its own, for we find its inhabitants living in barbarism and savagery in a land which has not furnished them with any integral ingredient of culture. From the earliest historical times, Africa has remained cut off from all contacts with the rest of the world; it is the land of gold, forever pressing in upon itself, and the land of childhood, removed from the light of self-conscious history and wrapped in the dark mantle of night.

In their efforts to place Africa in world history, most Enlightenment historians were deeply influenced by the prejudice that historical evidence can only be conceived in terms of written documents. Unaware of written documents of African origin, these scholars decided that Africans were without history.

The truth is that whichever entity comes into being belongs to history. Whatever grows, develops, moves or changes over time belongs to history. History is a function of time and whereas there are some entities we might not find worthy of our attention, we must at least concede that they exist and that they therefore deserve a section, a chapter or even a footnote in the pages of history. The very fact of existence should fill us with such awe that we instinctively shrink from the thought of dismissing any entity as a non-entity. G.K. Chesterton summarized the sense of wonder we should experience in the face of existence in the following succinct words; “Every individual is a great-might-not-have-been”.

Much has been said about “rewriting” African history. Not all attempts at rewriting history have been praiseworthy though. The Enlightenment age in European history, to which Hegel belonged, was one such attempt. Not only did this cultural movement relegate “Africa proper” to the dustbin of history (as can be glimpsed above in Hegel’s excerpt), it also spread a negative prejudice against whatever is or is supposed to be medieval in European history. According to the wisdom of that time, good things came with the Enlightenment; everyone who came before or did not fit into their mindset belonged ipso facto to a period of darkness. The purpose of this intellectual cultural movement was to reform society using reason, challenge ideas grounded in tradition and faith and advance knowledge through the scientific method. Most sectors of society in the contemporary world can trace their roots back to the cultural soil of 17th and 18th century Enlightenment Europe. I would venture to say that even the once tightly-knit Islamic cultures have not been spared the effects of the Enlightenment culture – for what else is the Arab spring if not secularism making inroads into, and clashing with, Islamic culture.

Africa as a continent is definitely coming of age and in many ways we can say that some light is being shed on its “dark” history – by which I mean that we are slowly beginning to come to an awareness of our role in world history. If we in 21st century Africa are ever to rewrite African history, then it behooves us to learn from the experiences of Enlightenment Europe. Learning from Europe in this context means building on their pros and avoiding their cons. The strong points are evident in the numerous advances in modern science, economics and political theory, spawned by the likes of Isaac Newton, Adam Smith and Montesquieu respectively. The pitfalls include the presumed racial and cultural superiority of some civilizations over others and the exasperating and futile exercise of trying to recreate ourselves. It is unfortunately such presumed superiority that provided the critical element in the justification of slavery and in the imposition of colonial rule. It took two world wars to destabilize the arrogance of these superpowers. After the World Wars, which had their epicenter in Europe (and notably in Hegel’s Germany), all those who had denigrated the “meaningless” comings and goings of African societies due to their endless battles, conquests, dynasties and usurpations, were sent back to the drawing board of history to reconsider their claims.

Bearing in mind the diversity and interconnectedness of African countries, and the time wasted in trying to reinvent the wheel, below are a few insights that might guide those who are itching to rewrite African history:

Finally; a message to whoever else dares to say that Africa has no history because of a want of written records or lack of any development worthy of its name. To those we answer that, if history is reduced to written material, then yes – Africa has little or none of that. But if history is living tradition and not a mute and written word– then we disagree wholeheartedly. Our book is not static and lifeless but dynamic and living, like an ageless plant. The cover is not glossy and smooth but textured and rough, like the bark of a tree. The spine that holds the pages together is a gigantic trunk whose “chapters” are its branches. The pages are not written using quill pens or fancy computers but by the daily work of ordinary men and women. The living branches bear fruit for posterity whereas the dead branches (when they fall) serve as “footnotes” and “manure” for the tree’s self-regeneration. Its roots (to appropriate Hegel’s own words) are “wrapped in the dark mantle of night”. They belong to the unconscious past – below the unsuspecting gaze of the ignorant. For is not all life grounded in what is not conscious and does not the brightness of consciousness emerge from that very root? From Cairo to the Cape and from Senegal to Somalia, nations in Africa are emerging from the dark into the light.

Originally published by MercatorNet on 15 August 2013.