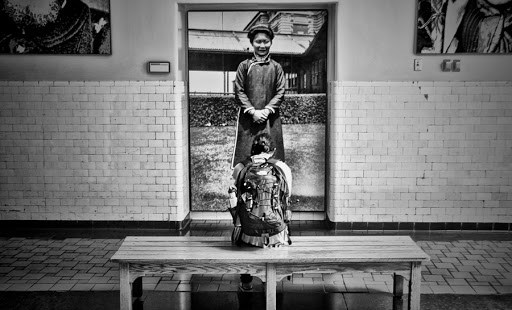 “People have to wait 10, 20 years before immigrating to the U.S., and it's just unthinkable for Americans that we would have to wait that long,” Corey Almond, vice president of family immigration services at Catholic Charities of Central Colorado, told CNA Aug. 13.

“I don’t think that's a concept we get, as Americans, because we go anywhere we want mostly.”

Almond explained that without a family or an employee sponsor, “the opportunities to immigrate legally to the U.S. can be very limited.” And even when seeking family unification, the immigration process “can be very difficult, and oftentimes very long.”

Employee sponsorship is limited 5,000 people per year for lower-skilled workers, meaning that it is “not a reality” for poorer migrants who are less educated.

The small number of available visas for temporary or agricultural workers is a small fraction of “the demand that we have in our economy for the immigrant labor that we use,” Almond said.

Americans are privileged enough to live in a culture which fosters the idea that “if you work really hard and have a goal” you can accomplish anything – and can therefore easily think that anyone with a good work ethic will have a legal path to immigrating here.

“But that's just not true,” he noted.

Unless an American works in immigration services or has immigrated themselves, “it's very difficult to understand how hard it is to immigrate in a legal way to the U.S.,” said Almond.

Almond's office helps immigrants with their documentation, as they seek green cards, citizenship, or deferred action for childhood arrivals. Unfortunately, he said, “there are many people we're not able to help immigrate in a legal way” because they lack “doors,” legal routes, to living and working in the U.S.

Catholic Charities of Central Colorado sees many migrants who are well educated, yet could not support their families in their home country because “jobs in their field were scarce.” There are also many Christians who have sought asylum or refugee status who had been persecuted for their religion.

“It's also true that there's a lot of violence, escaping gang violence, from south of the border, and in those cases, it's not easy to find humanitarian relief through the immigration system,” Almond explained. “The qualifications for being a refugee or asylee do not necessarily cover everyone who's trying to leave an unsafe situation for their family.”

The “incredibly complicated” legislation and regulation governing immigration today means that “the way people immigrated at the time of our founding as a country was much different than it happens now.”

It was “largely the case,” Almond said, until the Chinese Exclusion Act of 1882, that there were nearly no limits on who could immigrate to the U.S., or how many immigrants would be allowed.

“The situation of people immigrating today is very different than it was for our ancestors,” he said, speaking of Anglos and other European descendents. “We need to understand that when we talk about the policy.”

Migrating is “a hardship,” Almond emphasized, saying that while “people might think … it's a fun thing, or an exciting adventure, to come to the U.S.,” but that when people are “forced” to migrate, whether by persecution, violence, or economic destitution, “it's not a comfortable move.”

“It's not what we might be used to. When we travel, many of us Americans are somewhat in luxury, knowing where we're going to, having arranged the living situation, having the travel and finances figured out.”

Migration is a feature of the human condition “from time immemorial,” Almond said, and as Catholics, we need to ensure that our response to immigration “fits with our Catholic teaching.”

“The U.S. bishops have advocated for comprehensive reform, and that's what would be the best approach to tackling some of the issues right now.”

At the end of June, the Senate passed a bipartisan-backed bill for comprehensive immigration reform that would provide a path to citizenship for most of the 11 million undocumented immigrants currently in the U.S., as well as a new worker visa program and border security investment.

The Republican-controlled House is in the midst of a five-week recess, but House GOP leaders have indicated they are unlikely to support the Senate's bill, and may focus on border security “triggers” ahead of the legalization of undocumented migrants.