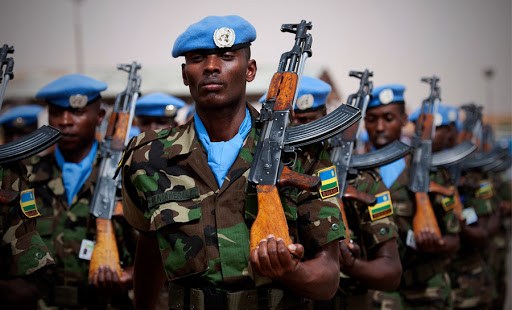 UN rights envoy Tomas Qjea Quintana has been blocked by Myanmar authorities from travelling to Laiza, the headquarters of Kachin rebels in the country’s north.

UN rights envoy Tomas Qjea Quintana has been blocked by Myanmar authorities from travelling to Laiza, the headquarters of Kachin rebels in the country’s north.

Quintana has already visited the Kachin state capital of Myitkyina as part of his 10-day visit to Myanmar. Kachin state has been beset by conflict between the government and the Kachin Independence Army since June 2011.

A plan to proceed from Myitkyina to Laiza, the principal town in the rebel controlled region of the state, which borders China, did not materialize. “Since Laiza is not included in the officially approved itinerary of his visit, Quintana was not allowed to go there,” presidential spokesperson Ye Htut said.

Some 40,000 refugees have sought shelter in KIA territory along the border. Despite a recent agreement between the Kachin and government to work towards a ceasefire, refugees are still unable to return to their homes.

“We and the refugees on our side deeply regret the government’s action against him traveling to Laiza,” said Dau Hka, a KIA spokesperson who met with Quintana in Myitkyina on Wednesday said. “His visit there would have strengthened the UN’s involvement in the resolution of this conflict.”

Peace activists said the refusal to let the UN envoy visit Laiza was done to prevent him from witnessing the savagery of the government’s attacks against civilians during military offensives.

“Quintana would be able to witness burned-down villages on his way to Laiza. That’s why he wasn’t allowed to go there,” said Khon Ja, coordinator of the Kachin Peace Network.

This is Quintana’s second visit to Kachin state this year.

In a report to the UN Human Rights Council following his visit to the country in February, the Argentinian lawyer expressed concerns about the humanitarian conditions faced by Kachin refugees living in non-government controlled areas of the region.

He called on the Myanmar government to give greater access to the UN and international aid organizations to those areas.

Earlier this week, Quintana visited Rohingya refugee camps in western Rakhine state. He will also be visiting Chin state, and touring Meikhtila in central Myanmar, where violence between Muslims and Buddhists in March left more than 40 dead.

He is due to submit his latest findings in a report to the UN General Assembly in October.