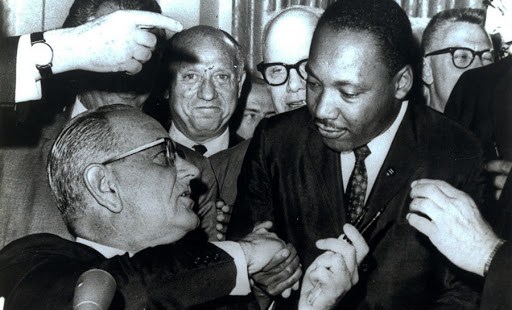 Unjust discrimination still exist, but not in the same way it used to. Civil Rights activists need to stop living in the past and adjust their work to current realities.

I was recently on a radio program, commenting about the U.S. Supreme Court decision that struck down Arizona’s law requiring proof of citizenship when people register to vote. One caller seemed quite happy with the decision because, it seemed, he believed there is widespread racism. I responded that those who make such allegations are bound to provide some evidence, and of course he didn’t and moved on to other comments. He didn’t even seem to think it necessary to explain why the simple act of requiring such proof, since one has to be a citizen to vote, constituted racism. Indeed, when I suggested that he ought to explain what he means by “racism,” he didn’t address that either. This brief episode illustrates a problem that has been around for sometime: all too many see racism, sexism, homophobia, or some other kind of socially condemned discrimination as ubiquitous, as the cause of a whole host of ills. It is, of course, the basis for a “civil rights” mentality that easily becomes the basis for civil wrongs.

We are all aware of America’s past: slavery, Jim Crow, lynchings, voter disenfranchisement – hardly an exemplary history. We don’t live in the past, however, and we have to accept the realities as they now are. Of course, there are present cases of unjust discrimination. To claim, however, that this is an era any way comparable to Jim Crow is simply preposterous, and is often done for crass political advantage (like when the Tea Party movement is accused of racism for defending traditional constitutional principles). Such claims are also used to ignore serious policy deficiencies that often have the effect of damaging the dignity of groups they aim to help, as in the case of fostering government dependency and the consequent stifling of personal initiative.

Serious racial incidents and outrages against other groups are seldom officially generated, as in past times, but are perpetrated by fringe white supremacists and criminal hooligans as in the James Byrd, Jr. and Matthew Shepard cases. Moreover, our supposed civil rights spokesmen – usually either self-appointed or leaders of some interest group – seldom comment about the discrimination against groups that cannot claim the status of “protected.” This is what we see with affirmative action and outright quotas, as well as in the myriad cases of employers, teachers, and institutions falsely accused of sex or disability discrimination, and later raked over the coals of an investigation or legal action. In fact, cases of true official discrimination have become so hard to find that the crusaders for equality have turned to elaborate statistical schemes to supposedly “prove” discrimination. We are told that statistical studies show that the imposition of capital punishment is discriminatory because it falls heaviest on certain minority groups (usually not discussed is that capital crimes are disproportionately committed by certain demographic groups, and usually against other members of that group). Now, we see the Obama administration moving against businesses that do criminal background checks because they claim this violates the civil rights of certain minority groups – again, ignoring the fact that statistically, people in those groups have committed criminal offenses in disproportionate numbers. It is claimed that certain political structures, such as at-large city council seats, are discriminatory because they reduce the political clout of certain groups. So we have to adopt a certain view of representation that changes the character of the political institutions and ushers in a whole range of unforeseen consequences, including other types of discrimination.