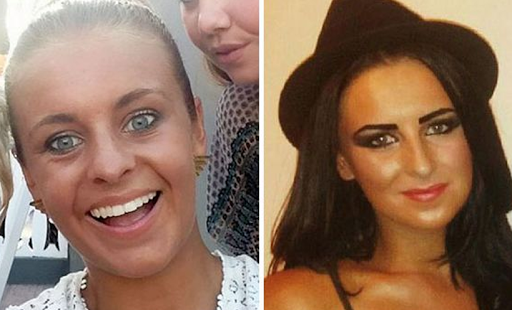 Two women from the UK have been arrested in Peru for supposedly attempting to smuggle drugs out of the country. They are currently in custody awaiting a court appearance in Lima where they will be formally charged.

Michaella McCollum from Dungannon and Melissa Reid from Lenzie close to Glasgow, both 20 years old, were attempting to fly from Lima to Madrid Airport two weeks ago when they were stopped by Peruvian authorities.

The police have accused the young women of attempting to smuggle 24lb (11kg) of cocaine out of the country, which they have valued at an estimated £1.5m (around $2.3m)

Both McCollum and Reid have claimed that they were forced to carry the drugs by armed gangs when they were working as barmaids in Ibiza, a Spanish Island notorious for its 18-30 clubbing entourage.

They maintained that the gang forced them to travel from Ibiza to Peru where they were forced to carry the drugs back to Madrid. However the cocaine stash was discovered in food packages in the girls’ bags at Lima airport, where the arrests were made.

First Sergeant Alberto Arean Varela, head of Ibiza’s police investigation into drug trafficking has expressed his distrust over the girls’ claims of coercion by gangs. He told the BBC that both of the women had plenty of chances to alert authorities.

"In my experience, I don't think these two girls were forced to do this because, particularly when you go to South America, you need to pass several controls” said the Sergeant.

"The first thing you do is go to the passport control and say, 'Listen, this is what is happening to me.' The policeman will react so I don't think they were forced” he continued.

The girls’ version of events was cast into further doubt when pictures emerged of them posing with glasses of beer in Ibiza at classic tourist spots. They claimed that they were forced to pose for the photos to make it look like they were friends on holiday together.

Tito Perez, the lead anti-drug investigator in Peru told the BBC that his unit has been to the hotels where the girls were staying, as well as collected video evidence from Cusco, a city in Peru, where the women maintained that the gang had taken them.

The initial investigation has been completed and all of the evidence gathered will serve as groundings for the pre-trial, where the formal charges against the young women will be determined. The hearing will be held next Tuesday, where detectives are set to present their case.

It is as yet unknown whether or not McCollum and Reid will plead not guilty.

Peter Madden, McCollum's solicitor, travelled to Peru on Monday along with the young lady’s brother, Keith. Madden has complained against the negative way in which much of the media has been covering the girls’ case, after the appearance of the photos. He stated that McCollum ‘totally denies’ the allegations made against her.

Reid’s Father, William, who has also flown to Peru, acknowledged the suspect appearance of the photographs. However he asserted that it ‘wasn't Melissa's beer in the photo because I have never in my entire life seen her drink beer. She drinks a lot of water and, if she is drinking, it would be vodka."

He continued: "I believe the trip to the beach was part of a set-up that they asked them to smile to build up a portrayal of them as happy holidaymakers…Melissa said they had been told by the men that they weren't smiling enough in the pictures and they told them to look happier.”

Mr Reid explained that his daughter had had no intention of going to Peru, already being on what she had described to him as her ‘dream holiday’. "To me” he explained, “that suggests she was not there willingly."

He stated: "I can only go by what I have been firmly told by the girls. The two girls' stories are very tight, very consistent, with a lot of detail and they seem to be telling the truth, as far as I can gauge."

If the girls are not granted bail then they may face up to three years in jail before the trial even takes place.

A standard drug smuggling charge in Peru would mean a sentence of around eight to nine years in prison. However if they are found to be part of a criminal organisation, the sentence will be much harsher.