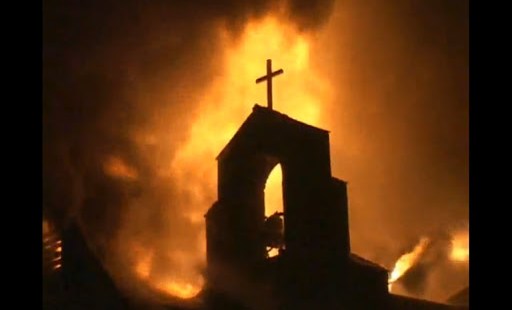 A spokesmen for the Catholic bishops in Egypt emphasized that many Muslims reject the violence, with some Muslims helping to put out the fires.

Fifty-eight churches and Christian institutions were attacked and set on fire in Egypt in past days. This was reported to Fides Agency by Fr. Rafic Greiche, spokesman of the Catholic Bishops of Egypt. "Out of 58 churches attacked 14 are Catholic, the rest belong to the Coptic Orthodox, Greek Orthodox, Anglican and Protestant communities" says Fr. Greiche. "The attacks against the churches took place all over the Country, but are concentrated especially in the areas of Al Minya and Assiut, because it is there that we find the headquarters of the jihadists, responsible for this violence", adds Fr. Greiche.

"It should be emphasized – the priest says – that Muslims who live in the vicinity of the affected churches have helped men and women religious to put out the fires of the religious buildings".