Canonization Date of Late Popes to Be Announced in September 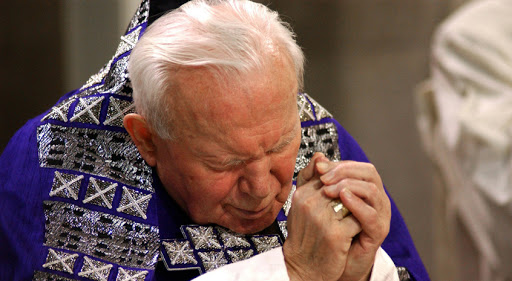 Pope Francis plans to hold a consistory Sept. 30 to formally approve the sainthood of Blesseds John Paul II and John XXIII, during which the official date of the canonizations will be announced.

Cardinal Angelo Amato, prefect of the Congregation for the Causes of Saints, made the announcement during an Aug. 20 interview with Vatican Radio, saying that only Pope Francis knows for sure the date that the canonizations will occur.

“John XXIII was the great prophet and creator of the Council,” the announcement stated, and “John Paul II is the one who put it into practice and developed it, in all its aspects and in all its potential.”

The former Popes were lauded as being “two pillars not only of Christian culture, but also of Christian holiness.”

On his return flight from Rio de Janiero in late July, Pope Francis had mentioned Dec. 8 as a possibility for the canonization, but said that it would mostly likely not be that day, as the poor who will come from Poland will most likely travel by bus, and the roads would be icy and dangerous.

Two other possibilities that the Pope mentioned were either Christ the King Sunday, or Divine Mercy Sunday of next year – but that they would need to be confirmed, as there might not be enough time after the consistory in September.

Pope Francis made the announcement of the canonizations on July 5, after signing a decree accepting the second miracle needed in order to pave the way for Blessed John Paul II's canonization.

However, in the case of Blessed John XXIII, there is only one miracle which has been formally approved by the Vatican, when normally two miracles must be approved before a person can be canonized.

Although such a decision is unusual, Fr. Federico Lombardi, the Vatican's press office director, explained that it is within the authority of the Pope to waive the second miracle for a canonization cause.

Blessed John XXII is most known for his encyclical “Pacem in Terris,” and for calling the historic Second Vatican Council. The Church is currently celebrating the 50th anniversary of the opening of the council as part of the Year of Faith, declared by Benedict XVI last year.

Blessed John Paul II became known throughout the world during his 27-year papacy for his charismatic nature, his love of youth and his world travels, along with his role in the fall of communism in Europe.

The beloved Polish Pope died in 2005, making his 2011 beatification one of the fastest in recent Church history, and the first where a Pope beatified his immediate predecessor.

Originally published at Catholic News Agency on 20 August 2013. Used by permission. All other rights reserved.