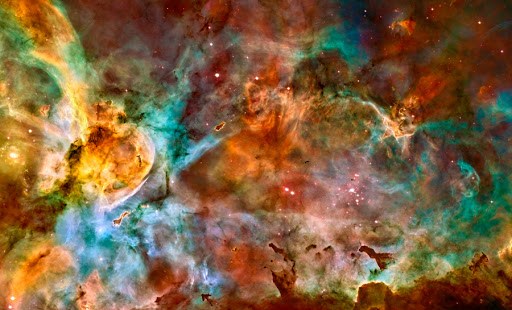 Religious sister reportedly called on participants at the Leadership Conference of Women Religious to a “cosmological rethink” of Christianity as evolving with the world.

Sister Ilia Delio, O.S.F., director of Catholic studies and a visiting professor at Georgetown University in Washington, reportedly called on participants at the Leadership Conference of Women Religious (LCWR) to a “cosmological rethink” of Christianity as evolving with the world, according to The National Catholic Register.

Speaking to the organization which had been warned by the Vatican about straying from Catholic teaching, Sr. Delio was reportedly vague about the future of this evolutionary Church, but she invited the women to something quite unusual:

“Ending her presentation, Sister Ilia reminded the attendees, ‘God is within and up ahead—not above. God is the power of the future. To rest on God is to rest on the future.’

“‘Nothing is more awesome than to give birth to God,’ she said.”

“Literally, we are stardust,” Sr. Delio reportedly said, and later, “we are on the cusp of an evolutionary breakthrough—one that requires our conscious participation as co-creative agents of love, midwives of the new creation.”

“Sister Ilia is a devotee of Jesuit scholar Pierre Teilhardde Chardin and his theories on evolution and love, reminding the audience the Church is not opposed to evolution.
“Sister Ilia asked, ‘Does evolution continue through us? The physical structure of the universe is love. The way physical life works, it is not background to the human story. It is the human story.’
“Sister Ilia added, ‘This universe will have its future based on our decisions. When the level of our awareness changes, we start attracting a new reality. Our challenge this day is to begin to name that new reality.’”

You can read more about Sr. Delio’s speech at The National Catholic Register.