How Much Do You Really Know About the Civil War? 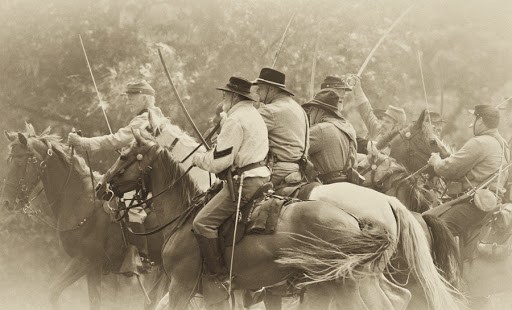 We’re in the midst of the 150th anniversary of the Civil War. Maybe it’s a good time to brush up on your history knowledge? Here’s where to start.

As I remember it, the Civil War centenary, which coincided with my middle school years, got far more public attention than the war's sesquicentennial has received. There were a flurry of Gettysburg sesquicentennial columns and book reviews in July; the “Civil War Daily Gazette” (www.civilwardailygazette.com) provides a reminder, in detail and every 24 hours, of the drama that was unfolding across the land, 150 years ago; Tommy Lee Jones did the impossible by rendering Thaddeus Stevens an attractive character in the Spielberg film, “Lincoln.” But it would be a stretch to say that this colossal event, which made the United States an “is” rather than an “are,” is prominent in the nation's consciousness in this anniversary period.

That strikes me as a shame, and not only because I'm a Civil war buff who imagines it something of a pilgrimage to visit the Round Tops and the High Water Mark at Gettysburg National Military Park several times a year. The issues that consumed more than 600,000 American lives over four years–the nature of the equality affirmed in the nation's birth certificate, the Declaration of Independence; the relationship of the national government to state and local governments; the morality of various forms of intrusion and coercion in providing for the common defense and securing the general welfare–are alive and deeply contested today. Indeed, the divisions among us are such that some would say that our national life today is a civil war being conducted by other means.

Learning from the past might–just might–give us some insight into the ordered liberty, with justice for all, that we are pledged to seek as a nation.

If you're just getting started, the place to begin learning about the Civil War is James McPherson's “Battle Cry of Freedom” (Oxford University Press): the best one-stop-shopping overview of the Civil War era and a marvel of concision, even if the author's interpretations fall comfortably within the canonical (which is to say, the winner's) view of why what happened, happened. McPherson also shows how the Mexican War made the Civil War virtually inevitable, a crucial point that is, I suspect, as unstressed in whatever history is taught to America's next generation these days as it was when I was a boy.

Shelby Foote's trilogy, “The Civil War” (Modern Library), is the American “Iliad”: a literary masterpiece by a son of Mississippi who had the largeness of perspective and spirit to tell filmmaker Ken Burns that the Civil War had produced two men of genius, Abraham Lincoln and Confederate cavalryman Nathan Bedford Forrest. The set-piece opening of Foote's first volume, Jefferson Davis's farewell speech to the U.S. Senate, is as evocative a piece of writing as you'll find in narrative history on this scale.

The new social history has made a mess of a lot of Clio's discipline. But in the hands of the University of Virginia's Gary Gallagher, the methods of social history have yielded two volumes, “The Confederate War” and “The Union War” (Harvard University Press), that shed important light on who was fighting for what, and why, through the use of hitherto unexplored caches of letters and diaries, and a close study of contemporary journalism. Gallagher's works, which stress the experience and motivations of ordinary Americans on both sides of the war, are essential complements to Foote and McPherson.

I spent the Gettysburg sesquicentennial reading Noah Andre Trudeau's “Gettysburg: A Testing of Courage” (Harper Perennial), a fine piece of work published a decade ago. The virtually unanimous praise I've seen for Allen Guelzo's new study of the Civil War's most important campaign and battle, “Gettysburg: The Last Invasion” (Knopf), suggests that there will always be more to learn and to ponder about this hinge-point of, not simply American history, but world history.

And then there is Charles Bracelen Flood's “Lee: The Last Years” (Mariner Books), a moving account of a noble life's final act, the example of which presaged the national reconciliation that was not inevitable, but which eventually gave new moral strength to the American democratic experiment.