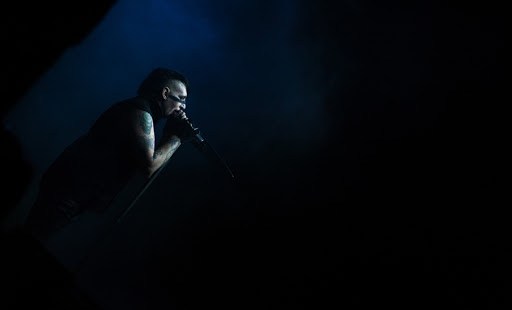 Pope Francis welcomed the 34th Rimini Meeting, an annual gathering organized by the lay movement Communion and Liberation, by encouraging participants to bring Christ to those who do not know him.

“We are poor in love, thirsty for truth and justice, beggars of God,” Pope Francis wrote in an Aug. 18 letter to Bishop Francesco Lambiasi of Rimini, on the occasion of the opening of the gathering.

“The greatest poverty is in fact the lack of Christ, and until we bring Jesus to men we will have done too little for them.”

This year's Rimini meeting explores the theme of “The human person: a state of emergency,” and is being held in the Italian city from Aug. 18 to 24. The gathering is an inter-faith and intercultural encounter meant to foster peace and friendship among peoples.

The theme acknowledges that human persons are today threatened not only by authoritarian political systems, but even in democracies, where “the desire of the heart risks being anesthetized, censured.”

The event includes, Masses, seminars, exhibitions, cinema, theatre, sports and music, exploring how materialism and consumerism leads the heart of man of settle for mediocrity under a culture of standardization.

The meeting this year hopes to show that human freedom is experienced through an encounter with reality that starts from human needs and desires.

“Man remains a mystery, irreducible to whatever image society creates and the power of the world tries to impose on him. A mystery of freedom and of grace, of poverty and of grandeur.”

Quoting Blessed John Paul II, Pope Francis said that “man is the way of the Church,” and explained that throughout history – since the original sin – God has sought out mankind, and each man.

“Where are you?” – God's question to man — “reaches its highest expression through the incarnation of the Son,” said the Pope.

He emphasized the relation of each man to Christ, saying that “without passing through Christ, without concentrating on him the gaze of our heart and mind, we would not understand anything of the mystery of the human person.”

If our understanding of the mystery of human nature is not based on Christ, “almost inadvertently, we will be forced to acquire from the world our criteria of judgement and action.”

The world, Pope Francis said, needs humanity to inflate its “economic, political and social power,” and thus tries to “manipulate the masses”and “creates desires to eliminate the most precious thing man possesses: his relationship with God.”

Power, he said, “fears those men who are in dialogue with God because it renders them free and non-assimilable.”

“This is the state of emergency of the human person,” Pope Francis said: “the urgency to restore man to himself, to his highest dignity, to the uniqueness and preciousness of each human existence from conception to natural death.”

He emphasized the necessity of considering the sacredness of man, “and, at the same time, to state strongly that only in relationship with God, that is in the discovery of and adhesion to one's own vocation, can man achieve his true stature.”

The Church, the Pope said, safeguards man's “most authentic possibility of realization,” and stressed that we “do not keep just for us this precious treasure which everyone, aware of it or not, is looking for.”

“Let us meet with courage all the men and women of our time, children and old people, the “educated” and those without education, youth and families. Let us meet everyone, and not wait for the others to look for us!”

“Let us imitate in this our divine Master, who left his heaven to become man and to be close to everyone.”

He emphasized the importance of bringing Christ everywhere, rather than restricting him to the sacristies: “Let us bring the perfume of Christ’s love not only in churches and parishes, but in every environment. In schools, in universities, in workplaces, in hospitals, in prisons; but also in the city squares, in the streets, in the sport centers, in places where people gather.”

“Do not be greedy in giving what we have gained without any merit!”

To announce Christ at all times, “with respect and frankness,” is the task of the Church and of “every Christian,” Pope Francis reflected.

The Church's credibility, he said, is predicated on her “fidelity to Christ.”

"'The emergency of man', then, signifies the emergence of a return to Christ, to learn from him the truth about ourselves and the world, and with him and in him to meet man, especially the poorest, for whom Jesus has always manifested a preference.”

“And poverty is not always material,” he emphasized. “There is a spiritual poverty that grips contemporary man.”

Concluding with his reflection on the spiritual poverty which is answered by Christ, Pope Francis said, “I hope these brief thoughts may help those who are taking part in the Meeting.”

Pope Francis, Cardinal Bertone wrote, “hopes that the meetings of these days may light in the hearts of all the participants a fire that nourishes and sustains their testimony of the Gospel in the world.”

Originally published at Catholic News Agency on 20 August 2013. Used by permission. All other rights reserved.