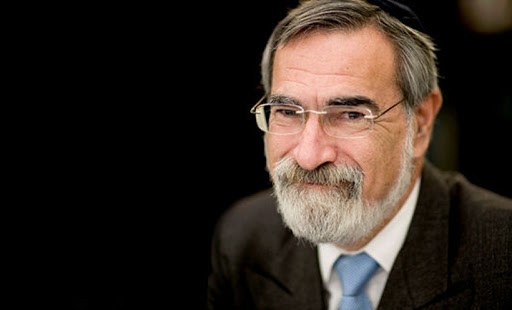 He also blamed multiculturalism for segregation in British society

Lord Sacks who is soon to retire after 22 years on the job, publicly spoke his mind on Monday, as he stated in an interview with The Times: "I think the government has not done enough [to encourage marriage]." He accused the prime minister of not recognising sufficiently the institution of marriage within the tax system and not giving the proper support to mothers who have chosen to stay at home to look after their children.

Sacks asserted that the state should have a strong interest in the promotion of marriage, due to the fact that non-marriage and family breakdown meant a loss in an estimated £9bn per year.

"Although I don't take a political stance” he commented, “I don't think the government has done enough at all."

He said that the government “should certainly recognise marriage in the tax system; it should certainly give more support to mothers who stay at home or for childcare provision."

"I don't believe in getting involved in the details but the principle is pretty clear" he continued.

Sacks’ remarks come in the wake of a new tax credit scheme which has been greatly criticized by some conservative MPs due to its exclusion of families where one of the parents stay at home to care for their children.

The tax scheme has been designed to assist families where both parents are working, providing them with vouchers worth up to £1,200 per child to help with childcare costs. The scheme has been criticised by some conservative MPs for excluding ‘stay-at-home’ parents.

The government denied Sacks’ accusations, saying that the plan will help over 2.5 million families overall.

A government spokesman issued the following statement from Downing Street: “The contribution of stay-at-home parents is hugely important. That is why we will recognise marriage in the tax system and why one of the main benefits of the single-tier pension has been for mums who stay at home to look after kids.”

The spokesman maintained that the government was “unquestion­ably on the side of families”.

However Dr Samantha Callan from the Centre for Social Justice agreed with the Rabbi, asserting that “the British public backs marriage; it’s time our politicians did too.”

Lord Sacks also claimed that multiculturalism has “had its day” in Britain and blamed it for leading to both "segregation and inward-looking communities."

He made the comparison to a hotel with no-one “at home.”

“It doesn't belong to anyone” he said, “we've each got our own room and so long as we don't disturb the neighbours we can do whatever we like."

However he recognized that British Muslims face certain difficulties in trying to integrate into society, explaining "We've had 26 centuries of experience which most Muslims haven't."