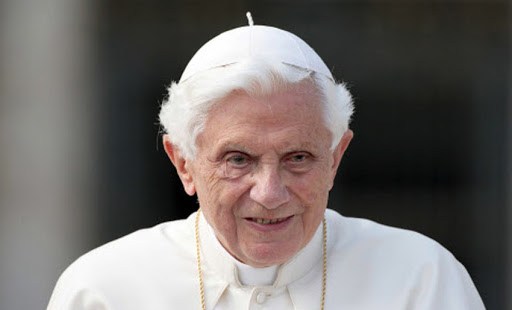 The “Ratzinger Schuelerkreis,” or “students’ circle,” has met to discuss topics in theology and the life of the Church since 1978

The annual meeting of Benedict XVI's students from his time at the University of Regensburg will gather next week to discuss “the question of God,” though the former Pope will not be joining them.

“Since he is retired, he does not want to attend any more public meetings,” Father Joseph Fessio, founder of Ignatius Press and a member of the group, told CNA Aug. 20.

“The circle of students will meet in Castel Gandolfo, as usual, and then they will all go to the Vatican,” he explained, “where they will participate in a Mass celebrated by the Pope Emeritus in the monastery of Mater Ecclesiae.”

The “Ratzinger Schuelerkreis,” or “students' circle,” has met to discuss topics in theology and the life of the Church since 1978, when their professor was pulled from academia to become a bishop.

This year's meeting will be held Aug. 29 to Sept. 2, and will discuss the topic of “the question of God against the background of secularization.” Benedict XVI chose the topic, as well as a guest speaker, the philosopher Rémi Brague.

Fr. Fessio said that “the idea of the annual meetings arose when Joseph Ratzinger was appointed Archbishop of Munich and Freising” in 1977.

When he moved to Rome to take up the post of prefect of the Congregation for the Doctrine of the Faith in 1981, the annual event continued.

When in the spring of 2005, Cardinal Ratzinger was chosen as Pope, his former students thought that their annual tradition would stop, but were proved wrong.

Fr. Fessio recounted that “Pope Benedict said he was pleased to continue meeting with us.”

The Ratzinger Schuelerkreis is formed by about 50 people who studied for their doctorates under Ratzinger, but usually between 25 and 30 are able to make it to any year's meeting.

However, the 2005 meeting was “crowded with all the members, and so it was a little more formal because there were more people than usual.”

The schuelerkreis discusses a different topic of their mentor's choosing each year; the last meeting discussed ecumenism.

Fr. Fessio became a pupil of Ratzinger during the 1970s, when he went to Regensburg to conclude his studies in theology.

He had earned a master's in theology in 1972 under the supervision of Henri de Lubac, whose thought greatly shaped the Second Vatican Council.

After completing his studies in Lyon with de Lubac, Fr. Fessio asked for a suggestion of what to write this doctoral dissertation on, as well as under whom.

“And he added that the best person who could supervise a thesis on von Balthasar was the young professor Ratzinger in Regensburg, and he sent him a recommendation letter to receive me among his students.”

The year Fr. Fessio completed his studies under de Lubac, the three professors – de Lubac, von Balthasar, and Ratzinger – founded the theological journal “Communio,” which is now published in 14 international editions and stands for a renewal of theology in continuity with the living Christian tradition.

Under Ratzinger's supervision, Fr. Fessio wrote his dissertation “The Ecclesiology of Hans Urs von Balthasar” and graduated with a Ph.D. in 1976.

“Professor Ratzinger was exactly the way we learned to know him as Pope: simple, humble, clear in exposition, cultivated. One of the best professors I have ever met.”

Discussing Benedict XVI's resignation this spring, Fr. Fessio said, “I was not surprised, since he spoke about this option with the journalist Peter Seewald, in the book ‘Light of the World’.”

Fr. Fessio maintained that the “decision to resign has been a decision of great 'modernity', and the Pope showed humility and courage in making it.”

He added that “none of us in the circle could be in any way surprised by the modernity of Benedict XVI. I attended several meetings of the schuelerkreis, and every time Joseph Ratzinger had something new to say, something that no one had explored, or ever thought before.”

Originally published at Catholic News Agency on 21 August 2013. Used by permission. All other rights reserved.