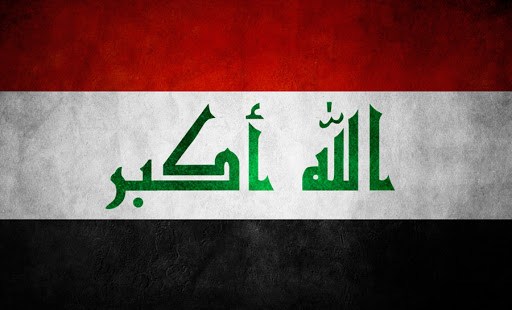 “The factors allowing this sudden movement are not fully clear to us at this stage,” said Adrian Edwards, U.N. High Commissioner for Refugees spokesman, at an Aug. 16 news briefing.

Around noon on Aug. 15, a group of some 750 Syrian refugees crossed a new bridge across the Tigris River on the border between Syria and Iraq near the Iraqi town of Faysh Khabur. Later that day, another group of between 5,000 and 7,000 people followed.

On Aug. 17, as many as 10,000 refugees entered Iraq at Faysh Khabur, bringing the total number of refugees at the single point to 20,000 in less than a week.

The Syrian refugees are fleeing the civil war which has its roots in March 2011, when demonstrations against Syrian president Bashar al-Assad began. That April, the Syrian army began to deploy to put down the uprisings, firing on protesters.

Since then, the civil war has claimed the lives of more than 100,000 people.

The large influx of refugees at Faysh Khabur adds to the 1.9 million Syrian refugees in nearby countries, most of whom are in Lebanon, Jordan, and Turkey. Another 4.25 million Syrian people are believed to have been internally displaced by the war.

The Syrian opposition is divided among secularists, Islamists, and Kurds.

In mid-July, Kurdish forces fought with al-Qaeda affiliated Islamists, including the al-Nusra Front, and fought them off on July 17, according to Saudi news channel Al Arabiya. At the city of Ras al-Ain on the Turkish border, 29 people were killed.

Since then, Islamists have reportedly killed hundreds of Syrian Kurds.

The recent wave of Kurdish refugees has challenged the resources of the U.N., the Kurdish government in Iraq, and humanitarian agencies in the area. Many are from the Kurdish cities of Qamishli, Ar Raqqah, Efrin, and Hassakeh, as well as Aleppo.

Most of the refugees are families, including women, children, and elderly persons. Ahmed Karim said he left Syria with his wife and three-week old child to keep them from starving to death.

“There was a shortage of food in the market, and everything became expensive, from bread to gas canisters, and unemployment was spreading,” he told AFP.

Alan Paul, who is in the region with the charity Save the Children, said that “the refugee response in Iraq is already thinly stretched, and close to half of the refugees are children who have experienced things no child should.”

The refugees who arrived at Faysh Khabur were bussed to larger cities inside Iraqi Kurdistan, where refugee camps are already set up. A new camp nearer the border “should open in two weeks,” Edwards said, and it will hopefully “enable refugees currently living in costly rented accommodation to move to a UNHCR-assisted camp.”

Critics suggest the recent clashes between Kurds and al-Nusra Front involve the oil rich land of northern Syria controlled by the Kurds. Some have suggested Turkish support for al-Nusra Front, in an effort to oppose the movement for Kurdish autonomy.

The Kurds are a non-Arabic ethnic group, most of whom live in Turkey, Iran, Iraq, and Syria. Those in Iraq already have an autonomous region unto themselves, and Turkish Kurds have long rebelled and fought with the national government for autonomy or succession.

Kurds make up nearly 10 percent of Syria's population, and are concentrated in north-east of the country.

In response to the attacks on Kurds by Islamists, Massoud Barzani, president of Iraqi Kurdistan, has announced his readiness to defend Syrian Kurds.

“Kurdistan will employ all its potential for the defense of the innocent,” the Lebanese news outlet Almayadeen reported him saying.

According to the BBC, on Aug. 10 Barzani said his government would “defend the Kurdish women, children and citizens” who are “under threat of death and terrorism.”