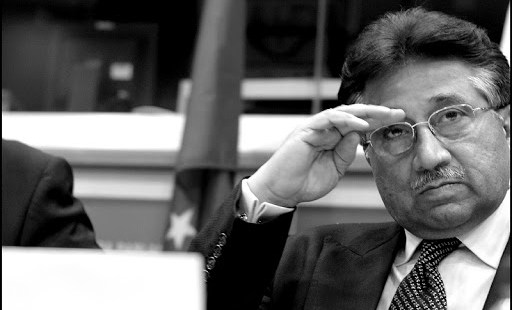 Bhutto was killed in a bomb and gun attack immediately after addressing an election rally in Rawalpindi on December 27, 2007.

Musharraf, who heads the All Pakistan Muslims League, a political party he formed, has denied three charges laid against him: murder, conspiracy to murder and facilitation of murder.

The former military ruler was brought amid tight security from his Chak Shehzad residence to an anti-terrorism court on Tuesday to hear the indictment.

"There is no evidence on record…. These are all fabricated cases," she was quoted as saying by AFP.

Musharraf’s government had pinned the blame for Bhutto’s assassination on Pakistani Taliban leader Baitullah Mehsud who was later killed in a US drone attack. Musharraf also insisted that Bhutto was herself at fault for breaching security and emerging from her bulletproof vehicle to wave to supporters after the rally.

Musharraf came to power in a military coup in 1999. He ruled the country for nine years before being forced to quit in August 2008. Soon after, he left the country to live in self-imposed exile in Dubai and London.

He returned to Pakistan in March this year to lead his political party in general elections in May but was disqualified and arrested on several charges in connection with his sacking of the judiciary and the murder of a Baloch nationalist leader.

Prime Minister Nawaz Sharif says he also intends to try Musharraf for high treason over his imposition of emergency rule in 2007.

Originally published at UCAnews on 21 August 2013.  Used by permission, all other rights reserved.