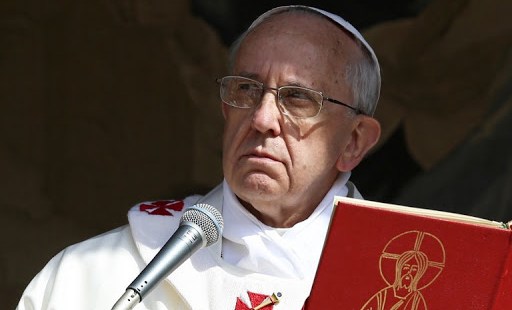 At Pope Francis' request, Vatican experts will gather this upcoming November with the aim of better tackling the growing scourge of human trafficking.

“We must be grateful to Pope Francis for having identified one of the most important social dramas of our time and that he has had enough trust in our Catholic institutions to ask us to arrange this working group,” said Bishop Marcelo Sánchez Sorondo, chancellor of the Pontifical Academy of Sciences.

The bishop's academy along with the Pontifical Academy of Social Sciences and the World Federation of Catholic Medical Associations will meet to discuss a Vatican action plan to help combat what is often referred to as the modern slave trade.

“Trafficking in human beings is a terrible offense against human dignity and a grave violation of fundamental human rights,” Bishop Sánchez Sorondo told Vatican Radio on Aug. 22. “In this century, it acts as a catalyst in the creation of criminal assets.”

Bishop Sánchez Sorondo observed that the United Nations has begun to be aware of this growing crime “only in 2000,” together with the effects of globalization.

“The alarming increase in the trade in human beings is one of the pressing economic, social and political risks associated with the process of globalization,” he said. “It’s a serious threat to the security of individual nations and a question of international justice.”

A 2012 report from the United Nations Office on Drugs and Crime on human trafficking says around 20.9 million victims are forced into labor globally. Each year, about two million people are victims of sex trafficking, 60 percent of whom are girls. The practice is not limited to poor and underdeveloped areas, but extends to all world regions.

“Some observers argue that, in a few years, trafficking in persons will exceed the trafficking of drugs and arms, making it the most lucrative criminal activity in the world,” the bishop warned.

Originally published at Catholic News Agency on 23 August 2013.  Used by permission, all other rights reserved.