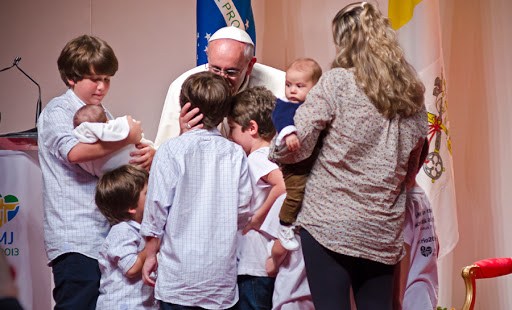 Many in the Church feel Vatican II’s vision for collegiality has never truly been realized – and that Pope Francis might be the one to finally implement it.

Pope Francis is contemplating a major reworking of the top-level administrative machinery of the Church. Commentators sometimes describe this as “reforming the Roman Curia,” but if the Pope’s own words – together with public and private proposals intended to influence the result – are any indication, the project could extend far beyond reshuffling dicasteries and straightening out the affairs of the Institute for the Works of Religion (the Vatican bank).

In all cases, “collegiality” is said to be both the working principle and the objective of reform. The word refers to the doctrine, revived by Vatican Council II, that the bishops share in teaching and governing the universal Church in union with the Pope. The question that obviously raises is how it’s to be done.

One answer, a conservative one, is that diocesan bishops make their most important contribution to collegial governance by teaching and governing their own dioceses well. But although collegiality in that sense is essential, it is no less clear that the collegial principle extends to some form of collective participation in teaching and governing the entire Church. Ecumenical councils are conspicuous examples.

The world Synod of Bishops, a Vatican II innovation, was intended as yet another instrument of collegiality. But although the synod has occupied an honorable place in ecclesial life for 40-plus years, its role so far has been confined to advising the Pope on questions he selects rather than sharing in the actual making of decisions.

So where does collegiality go from here? Enter Pope Francis’ project and the maneuvering now underway. In general terms, there currently are two different approaches on the table: one points to a large-scale decentralization of authority; the other, as might be expected, toward dramatic centralization. Advocates of each cite the principle of collegiality as their rationale.

Under the decentralization model, diocesan bishops and, especially, national conferences of bishops would have much greater authority for decision-making than they do now. Liberals tend to favor that; this is partly out of concern for collegiality and partly because they see it as a way to realize such long-sought goals of theirs as married priests, communion for the divorced and remarried, a more permissive approach to questions of sexual morality, and in the long run perhaps even the ordination of women.

By contrast, some conservatives favor more centralization – and, paradoxically, for the sake of the collegiality principle. One such plan would call for the creation of a permanent, synod-like representative body in Rome, its members nominated by the world’s bishops and selected by the Pope. Acting in union with the Pontiff, and never apart from him, it would have the power to make doctrinal and disciplinary decisions for the worldwide Church. Its advantage is said to lie in being an authentic embodiment of collegiality that involves no diminution of papal primacy while responding to the need of the universal Church for speedy decision-making and unimpaired cohesiveness in an era of instantaneous communication and globalization.

From October 1 to 3, Pope Francis will meet for the first time with the special council of eight cardinals that he has established to advise him on these matters. (Cardinal Seán O’Malley, O.F.M. Cap., of Boston is one of the eight.) While this will be the group’s first face-to-face meeting, the Pope and the eight are presumed to have been in frequent contact and have already spent much time mulling ideas like those sketched here.

Catholics everywhere should be paying close attention. The results could be of huge importance for the future of the Church.