US Urged to Recognize Nigerian Extremist Group as Terrorists 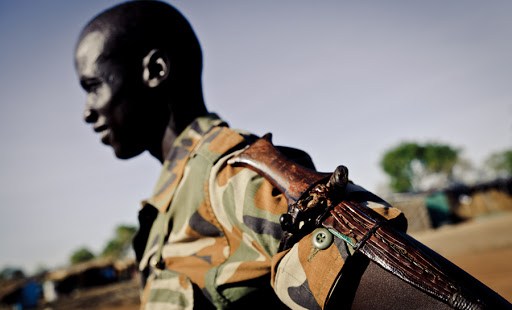 “Those who continue to wantonly kill Christians solely because of their faith should not be tolerated when available steps can be taken to curb this kind of genocidal terror,” Benjamin Bull, chief counsel of Alliance Defending Freedom, said Aug. 20.

“Boko Haram is eminently qualified to be designated as a foreign terrorist organization. We encourage the State Department to make that designation sooner rather than later so that fewer people will lose their lives needlessly.”

Alliance Defending Freedom, based in Washington, D.C., co-authored a July 25 report and formal petition on Boko Haram with the Virginia-based Jubilee Campaign, which defends the rights and freedoms of religious minorities overseas. The report and petition were sent to Secretary of State John Kerry.

Boko Haram, whose name means “Western education is forbidden,” has committed at least 168 acts of violence against Christians in 2012 alone. The National Consortium for the Study of Terrorism and Responses to Terrorism’s 2012 report ranked Boko Haram the second most deadly terrorist group in the world, surpassed only by the Taliban of Afghanistan.

More than 2,000 deaths have been attributed to the group since 2009, including citizens from 15 countries. Some of its victims were beheaded, and reports have also found the group engaging in kidnappings, forced conversions, church burnings, assassinations of policemen and the destruction of public buildings.

The report from Alliance Defending Freedom and the Jubilee Campaign said that the State Department has named five “well deserving” groups as terrorist organizations.

“However, Boko Haram is guilty of much more,” it said.

The Nigerian group has called for the ethnic cleansing and genocide of Christians in northern Nigeria.

In 2011, a Boko Haram suicide bomber attacked the United Nations local headquarters in Abuja, killing nearly two dozen. The bomber said in a video before the attack that the action was intended as a message to President Barack Obama “and other infidels.”

“The fact that the U.S. has not designated it a foreign terrorist organization has not deterred Boko Haram from designating the U.S. a foreign target objective,” he said.

Official designation of Boko Haram as a foreign terrorist group would allow the U.S. government to freeze or seize its bank accounts, to deport its members and associates, and to sanction the group’s funders.

Supporters of the petition and report include the Family Research Council, the Institute on Religion and Democracy, the American Center for Law and Justice, the Igbo League, the Christian Association of Nigerian-Americans, and the Alliance for Democratic Republics in Africa.

The organizations have also started a petition for the general public to sign on the White House website charging that the U.S. government’s failure to name Boko Haram a foreign terrorist organization “undermines U.S. credibility.”

The petition states that through its terroristic activities in Nigeria, Boko Haram “has killed more Christians in terrorist attacks in 2012 than the total number of Christians killed in the rest of the world combined.”