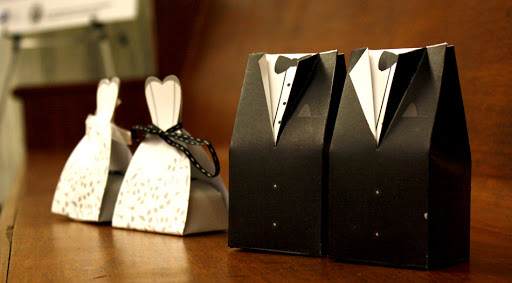 Religious freedom is becoming dangerously restricted in the US

The New Mexico Supreme Court has ruled that a small Christian-owned photography business does not have the right to decline on religious grounds to shoot a same-sex commitment ceremony.

Scholar Ryan T. Anderson, writing in National Review Online, said the Aug. 22 decision “highlights the increasing concern many have that anti-discrimination laws and the pressure for same-sex marriage will run roughshod over the rights of conscience and religious liberty.”

“If marriage is redefined, then believing what virtually every human society once believed about marriage — that it is the union of a man and a woman ordered to procreation and family life — would be seen increasingly as an irrational prejudice that ought to be driven to the margins of culture. The consequences for religious believers are becoming apparent.”

Elane Photography, co-owned by Elaine Huguenin and her husband Jon, declined in 2006 to photograph a two-woman “commitment ceremony” in Taos, New Mexico.

Elaine declined, saying that her and her husband’s Christian beliefs conflicted with the message communicated by the ceremony. The same-sex couple found another photographer for their ceremony.

One of the women, Vanessa Willock, filed a complaint with the New Mexico Human Rights Commission charging that the business violated state law barring discrimination on the basis of sexual orientation. In 2008, the commission awarded Willock over $6,600 in attorney’s fees.

The business appealed, and was represented by the Washington, D.C.-based group Alliance Defending Freedom.

“We believe that the First Amendment protects the right of people not to communicate messages that they disagree with,” Lorence told Reuters.

The photographers argued that they did not discriminate against gay individuals and would be willing to photograph some other event – such as a birthday party – for a gay person. It was the commitment ceremony itself that violated their religious beliefs, they said.

New Mexico does not recognize same-sex “marriages” or civil unions.

Judge Richard C. Bosson acknowledged in a concurrence to the decision that the Huguenins are “compelled by law to compromise the very religious beliefs that inspire their lives,” saying this is a “sobering” result.”

Bosson said the Huguenins have to “channel their conduct, not their beliefs so as to leave space for other Americans who believe something different.” She said this compromise is “part of the glue that holds us together as a nation” and part of “that sense of respect that we owe others.”

This is “the price of citizenship,” he said.

Lorence was critical of the decision. “The price of citizenship does not mean giving up your constitutional rights. It is shocking to think that an artist or any American can be forced by the government to promote messages that they do not agree with,” he told Fox News Aug. 23.

“In a free society, people of different beliefs have to learn how to get along. There were plenty of photographers available, willing to photograph this same-sex ceremony. The Huguenins just need to be excused,” he added.

A July survey from Rasmussen Reports found that 85 percent of Americans believe that a Christian wedding photographer with deeply held religious beliefs against same-sex marriage should have the right to decline to work a same-sex “wedding” ceremony. Only eight percent said the photographer should be required to work the ceremony.

Originally published at Catholic News Agency on 27 August 2013. Used by permission. All other rights reserved.