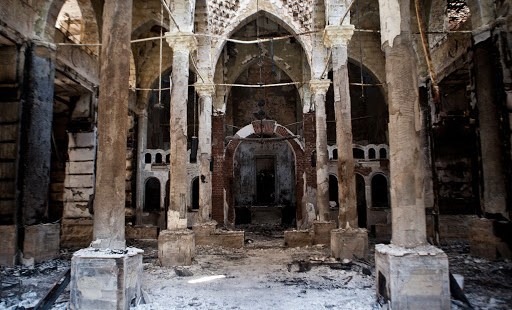 Amid ongoing attacks against Coptic Christians in Egypt, a U.S. Senator has introduced legislation aimed at protecting the rights of religious minorities in the Middle East.

Amid ongoing attacks against Coptic Christians in Egypt, a U.S. Senator has introduced legislation aimed at protecting the rights of religious minorities in the Middle East.

“The continued violence against Coptic Christians and other civilians in Egypt is incredibly disturbing and flies in the face of the religious freedoms and fundamental values that Americans hold dear,” said Senator Roy Blunt (R-Mo.) in an Aug. 21 press release.

“I urge Majority Leader Reid to allow a vote on this bipartisan legislation, which would call attention to all religious minorities and demonstrate to leaders in the region that the United States takes religious freedom seriously.”

Blunt serves on both the Senate defense authorization and defense appropriations committees. He is a member of the Appropriations Subcommittee on State, Foreign Operations.

The legislative effort is particular important, Blunt stressed, given the ongoing persecution of Coptic Christians in Egypt. Dozens of Christian churches – as well as schools, homes and other institutions owned by Christians – have come under attack in recent days, as violence continues throughout the country.

On Aug. 14, Egyptian security forces broke up camps of protesters allied with the Muslim Brotherhood. The protesters had been demanding that President Mohammed Morsi be returned to power after he had been ousted by the military last month.

Hundreds of people have been reported dead in the violent clashes that have followed. The Coptic Christian population – a minority in the country – has particularly been targeted in attacks attributed to the Muslim Brotherhood.

Noting that his legislation has drawn support from both political parties, Blunt urged it to be quickly considered for a vote in the Senate.