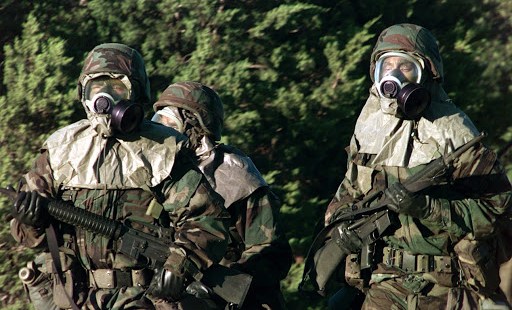 Obama spokesperson says regime change is off the table, but military intervention is not.

Vice President Joe Biden said Tuesday that there was "no doubt" that President of Syria Bashar al-Assad had used chemical weapons. Yet Biden seemed to clarify his remarks later, saying that Assad and his forces "have used chemical weapons multiple times in the past. [They] have the means for delivering those weapons."

Biden also said there would be consequences for Assad's alleged use of chemical weapons. "Those who use chemical weapons against defenseless men, women and children should and must be held accountable."

Obama's spokesperson on Tuesday said that among the options Obama is considering, military intervention to oust Assad is off the table. He also said that Obama has not made a decision on how the US will respond to the Syrian situation.

"A decision about the use of military force has not been made," he said. "His options are many, and they include a variety of options that are not limited to the use of force."

US Defence Secretary Chuck Hagel has said publicly that the US military is ready for any intervention in Syria, and, according to the BBC, French President Francois Hollande said France was "ready to punish" whoever was behind the attack.