Chorus of Protest Against Miss World in Bali 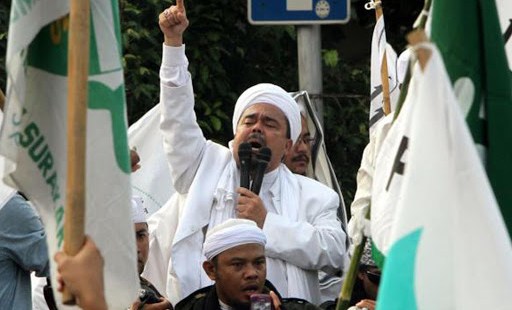 Muslim hardliners in Indonesia have threatened to disrupt this year’s Miss World beauty pageant, due to be held in Bali next month.

Muslim hardliners in Indonesia have threatened to disrupt this year’s Miss World beauty pageant, due to be held in Bali next month.

“We demand the government not allow the Miss World to take place in Indonesia,” FPI chief Habib Rizieq Shihab said at a movement rally in Jakarta.

“We are ready to break up this contest to free Bali from immorality,” he said.

President Susilo Bambang Yudhoyono should make a stand against such competitions, Shihab added.

Indonesia’s top Muslim clerical body, the Ulema Council, made a similar call at the weekend, as did Hisbut Tahrir Indonesia (HTI), a Sunni Muslim political group, which said the contest was an insult to women’s dignity.

We call on Muslims “to fiercely oppose the staging of this pageant in Indonesia and the importing of all liberal culture into our lands, including the objectification of women and lewd entertainment culture that spreads immorality,” HTI said on its website on Saturday.

In June last year a Lady Gaga concert in Jakarta was canceled because of Muslim oppostion.

However, parliamentarian Eva Kusuma Sundari of the Democratic Party of Struggle (PDIP) said the calls were unfounded.

“It’s a mistake” to view the Miss World contest as a mere physical competition, she said.

“There are other aspects, such as the contestant’s intelligence, beauty and bravery,” she said, adding that the swimwear round is just a small part of the entire contest.

The competition’s organizers have also reiterated that the swimwear round has been omitted from this year’s competition.

“Contestants will wear sarongs or beach dresses, not bikinis. Each contestant is encouraged to creatively design their dress,” Syahril Nasution of the Nusantara Citra (MNC) Group said on Monday.

This year’s competition kicks off in Nusa Dua, Bali, on September 7 and the winner will be crowned on September 28 at the Sentul International Convention Center in West Java.